Slippery paths in front of Tayto Castle will also be addressed with new upgraded surfacing and safety rails, as well as seats and bins 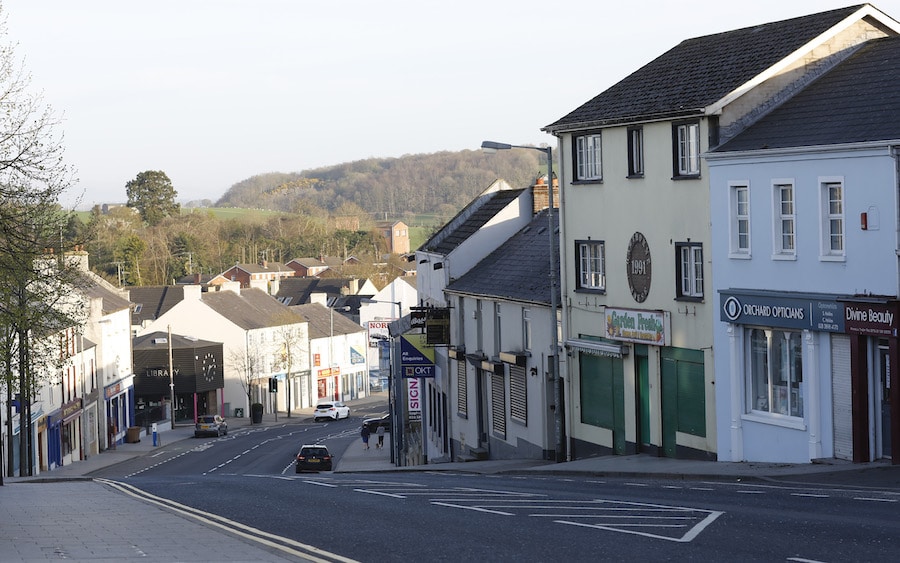 Tandragee town centre looks set to be on course for a new look with proposals drawn up for a major environmental improvement scheme.

Two separate areas of the town will benefit from the changes which are estimated by Construction Information Services (CIS) to cost in the region of £200,000.

Armagh City, Banbridge and Craigavon Borough Council is behind the public realm plans.

Two separate applications have been submitted.

One relates to an area between Mill Street and the Markethill Road.

It will see the installation of new pavements and feature lighting.

It is also intended to create a ‘community events space’.

And a new pillar clock will also be erected. The proposals also include planting.

The second application will focus on lands at what is known as ‘The Mall’ at Church Street, next to Tayto Castle.

There has for a considerable length of time been complaints over the slippery surface of the paths.

This will involve upgraded surfacing and paving, as well as new safety railings and handrails.

There will also be timber seats and litter bins put in place.

Meanwhile, and not to be left out, Waringstown has also come under the ABC Council radar for public realm works.

It will centre on lands at Main Street, Mill Hill and Banbridge Road.

The council is proposing to develop a civic space and the scheme will also include new paving, tree and flowerbed planting, as well as new lights and seats being installed.

All three applications have been drawn up by ABC Council and are now being considered by the local authority’s own planning officials.

Decisions will be expected very shortly.