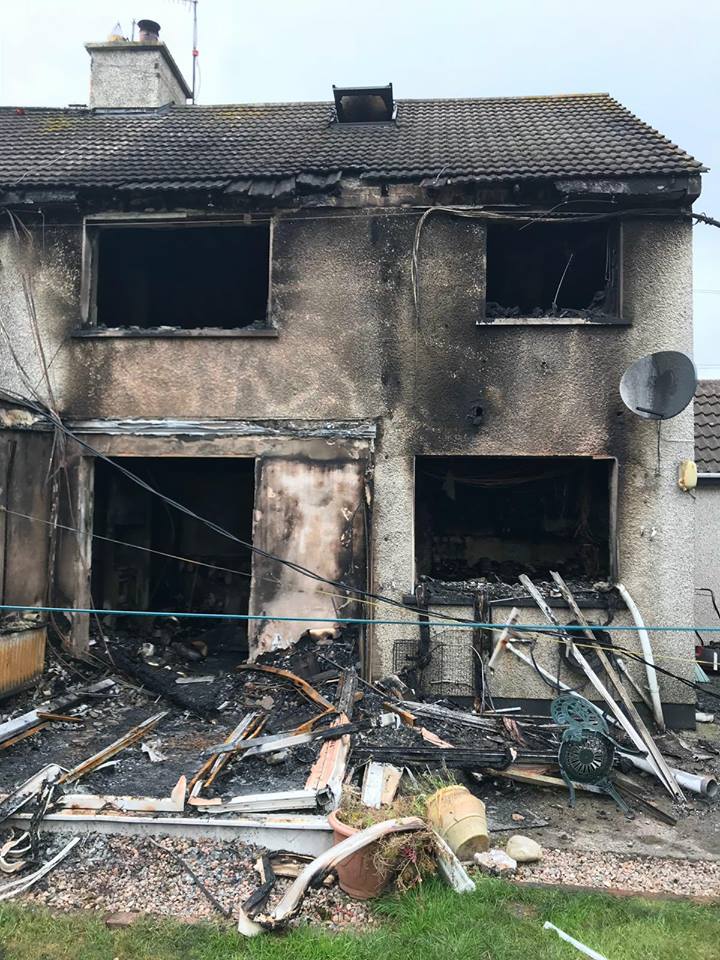 A community is rallying around to help a young Co Armagh woman and her daughters who have lost all of their belongings after their home was gutted in an early morning blaze.

The heartbroken mother and her three daughters – aged just eight, 10 and 11 – have been left with nothing after the blaze at Aughan Park in Poyntzpass.

Fire crews from Newry, Banbridge and Lisburn fought the blaze which broke out after 4am this morning (Thursday).

The three children and their mum, together with their mum’s boyfriend, were all treated for smoke inhalation.

They had managed to escape the house and were outside when firefighters arrived.

All five were taken to Daisy Hill Hospital for treatment. They are described as being physically unhurt but shocked by the ordeal.

The girls and their mum have lost everything. Her boyfriend also lost some of his belongings.

His sister has now launched a CrowdFunding page to try and help.

She told Armagh I : “My brother woke up to the smell of smoke and got them all out of the house. They are staying with family. It’s been an extremely difficult day.

Having launched a fundraising page, she has set an initial target of £2,000 to try and help.

“All of their clothes, uniform, shoes, phones, ipads, furniture…. everything is gone. My brother has lost some of his belongings but ultimately the girls have a whole life to rebuild,” she explained.

Tonight (Thursday), more than a quarter of the total has already been raised.

The girls attend St Mary’s Primary School in Banbridge where a collection point has been set up.

Ryan Magill, a physical trainer in Banbridge, is among those who have been moved by the plight and is appealing for others to join him in helping out.

The owner of Ryan Magill Fitness, he made an appeal via his Facebook page, and said: “I am also setting up a collection point at the gym if anyone has any items that could be of benefit.

“There is also a collection point at St Mary’s Primary School.”

If anyone wants to donate, please visit https://www.justgiving.com/crowdfunding/pamela-smolenski?utm_term=DGM2dzPzG