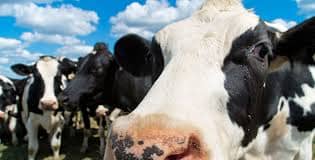 Police have confirmed tonight (Monday) that a suspected illegal animal slaughter and meat cutting operation has been uncovered in South Armagh.
The PSNI in Newry and Mourne conducted searches in the South Armagh  area in partnership with DARD and Newry and Mourne District Council and  supported by the Food Standards Agency.
Searches of two properties in  Forkhill and one in the Bessbrook area have now been completed.
A  suspected illegal animal slaughter and meat cutting operation was discovered. A  number of items have been seized for examination.
Police enquiries into this matter are continuing with partner agencies and anyone with information is asked to contact police in Newry on 0845 600 8000.
Meanwhile, it has been confirmed that no illegal  activity was discovered at the Bessbrook property.
The Forkhill find was made during an multi-agency investigation to target agricultural crime and “protect the safety of the food chain”.
Maria Jennings, Director of the Food Standards Agency in Northern Ireland, confirmed that “suspected illegal animal slaughter and meat cutting operations” had been found.
“The FSA is working closely with the PSNI and all relevant authorities, including DARD and the district council on this investigation, in order to stop further production at this plant and to protect the safety of the food chain.
“The information we have tells us that meat was being produced illegally, without official hygiene checks.
“We are currently investigating which businesses have been supplied with meat from the plant and we will provide further information once we have it.”
Chf Insp Davy Beck said the investigation was at an early stage. He said the aim was to address agricultural crime and work with partner organisations to protect the safety of the food chain.
DUP MLA for Newry and Armagh William Irwin said he had received a number of reports about illegal slaughtering.
“I am pleased to see some action being taken on the issue of illegal abattoirs in south Armagh,” he said.
“Obviously, the health risks to the public through contaminated meat produce sourced from illegal plants with no hygiene regulations or safety standards and, most worryingly, no traceability in place, could be catastrophic.
“I think all right thinking people will welcome this operation by the police and other agencies today.”