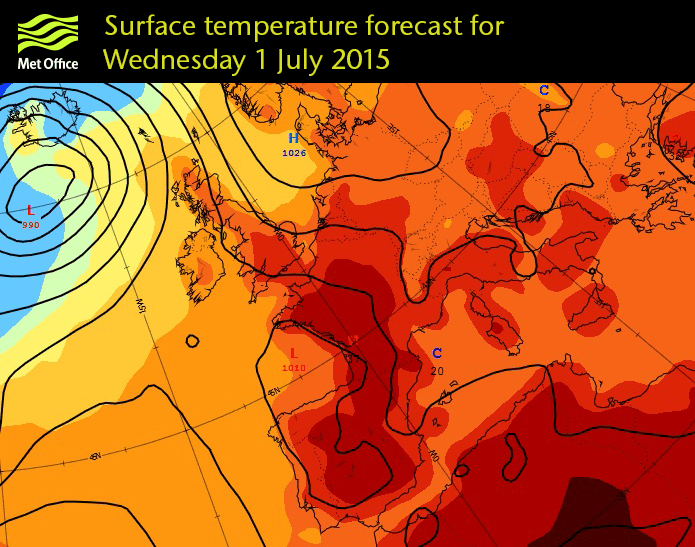 Temperatures are expected to hit to the mid-20s this week as the schools let out with a mini-heatwave in store.

As Armagh prepares for the start of the summer tourist season, it looks like being an absolute scorcher!

Tomorrow is to be the hottest day of the year to date and the temperatures will continue for several days.

In contrast to June so far, which has seen temperatures often near or just below normal, next week could see a real change in the way it feels – with hot days and humid nights.

Heat building across Iberia has been spreading northwards across France, as a tropical continental airmass begins to dominate the weather.

The UK is likely to be near the boundary between this tropical continental airmass and a tropical maritime airmass over the Atlantic, but it is expected that temperatures will rise across the whole of the UK for the start of July.

Across Northern Ireland and even Scotland there could be highs in the low to mid 20s (although it may be cloudy here at times), and highs across southern Britain are likely to reach the low 30’s Celsius with a small chance of values in the mid 30’s here.

It’s worth saying that there is some uncertainty about how much of the hot weather from the continent will reach us, and it may only last a couple of days before temperatures drop a little.

As is traditional with hot weather in the summer it may end with thunderstorms – go get the umbrella handy for Thursday onwards!

Police investigate reports of assault on man (54) in Markethill