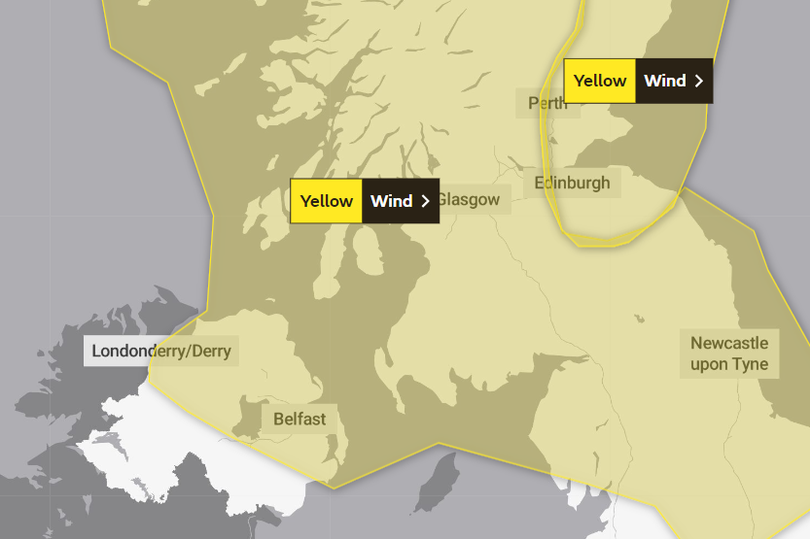 Northern Ireland is feeling the affects of Storm Malik as the Met Office issues a yellow weather warning for parts of the province including Belfast.

Winds are expected to reach up to 70mph in some areas – and the challenging conditions are expected into the beginning of next week as the weather warning remains in place until noon on Monday January 31.

As the high winds develop motorists are advised that some roads and bridges may close, while power cuts could occur and their may be potential to affect other services – such as mobile phone coverage, according to the Met Office.

The worst of the winds should be confined to Saturday morning as strong westerly winds reaching severe gale force will develop along the North Coast at first, but easing through the afternoon. Scattered showers will die out in the evening of Saturday January 29 as winds continue to ease during the evening.

As the more substantial impacts are expected in Denmark on Sunday, an amber weather warning is in place in other parts of the UK as Storm Malik brings high winds to much of Scotland and part of northern England.