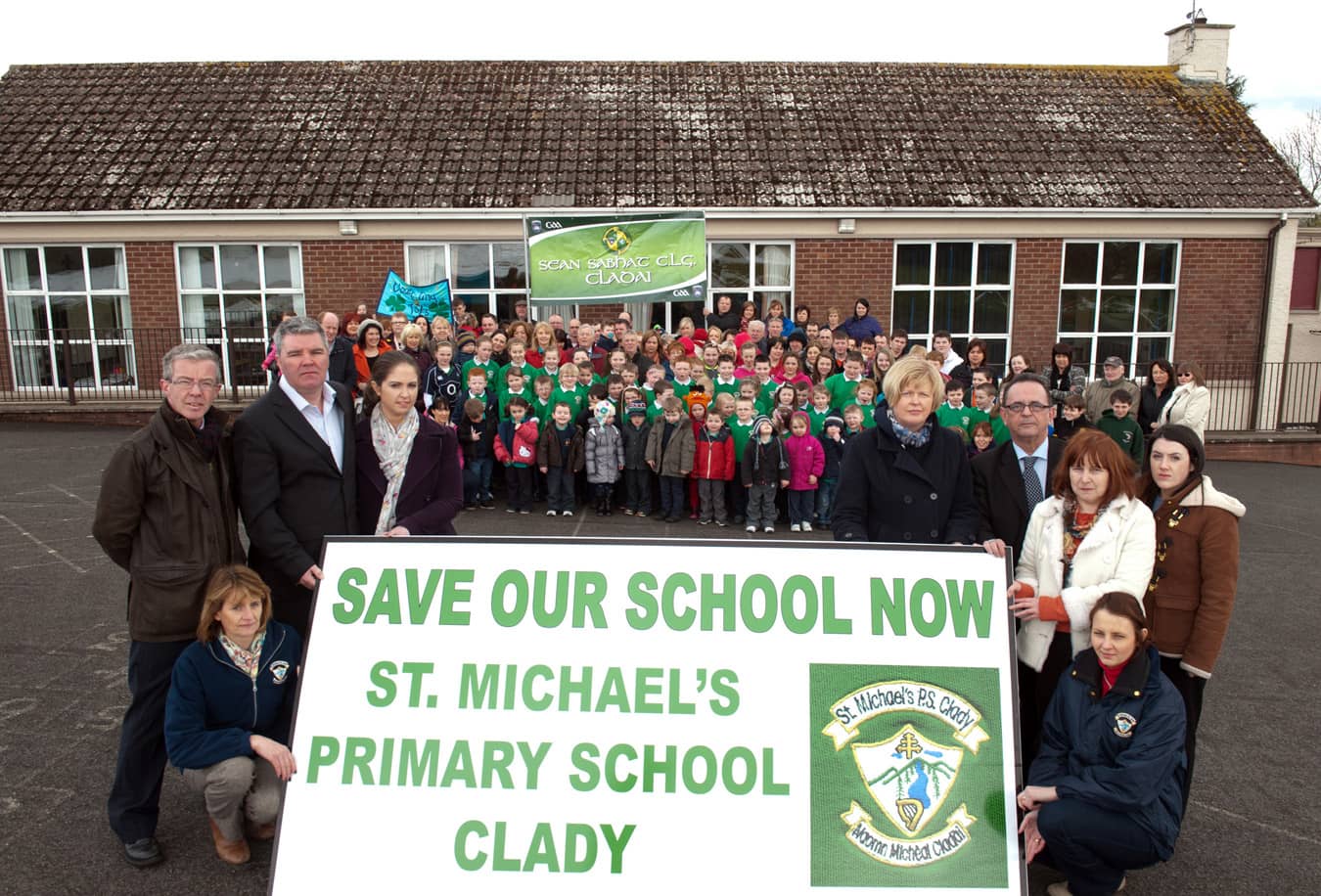 A SMALL Co Armagh primary school is understood to have escaped plans for closure in the immediate future.

St Michael’s Primary at Clady was one of a number of local schools threatened with the axe but it appears now that CCMS has had a change of heart.

Newry and Armagh Sinn Fein MLA Cathal Boylan told Armagh I: “I have learned that in a letter recently sent to St Michael’s Board of Governors the CCMS have decided that the school will not be considered for closure in the foreseeable future.

“The letter clearly states that there will be no decision made regarding the school’s future until at least 2015.

“This is very welcome news and I know that parents and pupils will be very relieved to learn that their school is no longer under threat.

“I must commend the Clady Parents’ Steering Group who mounted a campaign to save the school which has been successful.”

Mr Boylan’s words were supported by comments made by his colleague Councillor Mary Doyle.

She said: “This is fantastic news for St Michael’s and I have no doubt that, come 2015, all those associated with the school will come together again to ensure the school is maintained.

“I have been working over the summer to ensure that the school’s bus service is not lost and this announcement by CCMS  provides a measure of stability which will support the case for the school transport.”