More than 3,000 residents evacuated but Mournes blaze now ‘under control’ 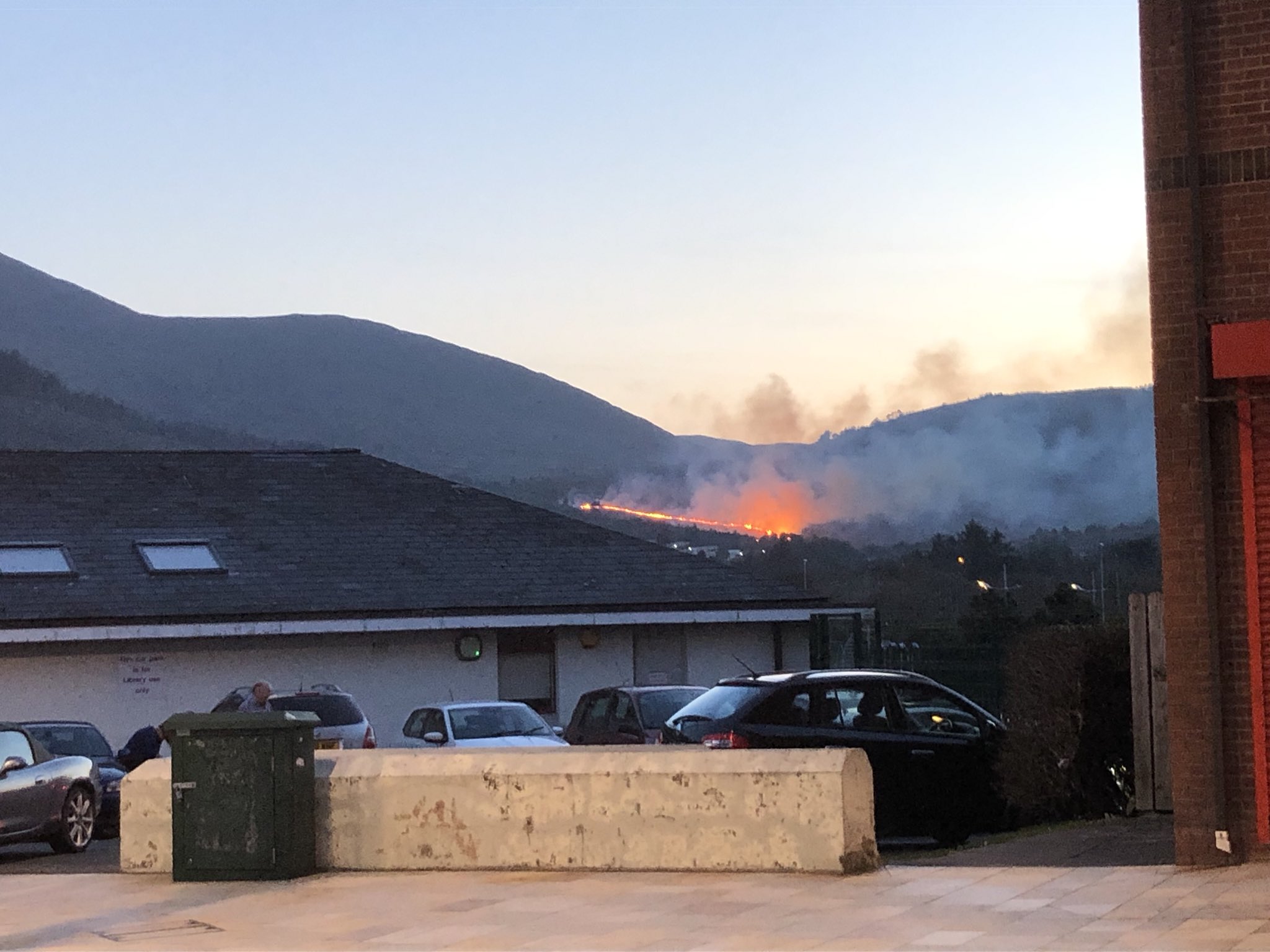 More than 3,000 residents were evacuated from a caravan park after a wildfire broke out at the foot of the Mournes on Sunday evening.

More than 50 firefighters battled the blaze at Tollymore Forest Park, which started shortly after 8pm.

A total of 55 firefighters, eight fire appliances and two specialist appliances were tasked to the incident, with crews working hard tackling the fire and protecting properties that could be at risk.

A NIFRS spokesperson described the conditions as “punishing and challenging”.

The fire front was a mile long.

Guests at the nearby Bonny’s Caravan Park have since been allowed to return with the fire now “under control”, according to the NIFRS.

The Mourne Moutain Rescue Team were also involved in the operation.

They said at one stage circa. 3000 residents had to be evacuated from an adjacent caravan park due to the extent of the fire and concerns for safety.

The spokesperson added: “Although the wind changed and likewise the direction of the fire, police and fire services [were] continuing to monitor it throughout the night.

“In addition to police and fire services, police search and rescue also attended along with involvement from other agencies such as Council through the local Emergency Plan.

“A total of 17 members responded and stood down at 1am.”

The Newcastle Centre, a Council-run leisure centre was opened for those evacuated.

This is what it's looking like from Bonny's Caravan Park now. Constant sirens, but the Fire Service seem to be getting it under control. pic.twitter.com/SPAcIiW2xn

Fire broken out in Newcastle on the foot of the Mournes pic.twitter.com/zzTKm6qNjq