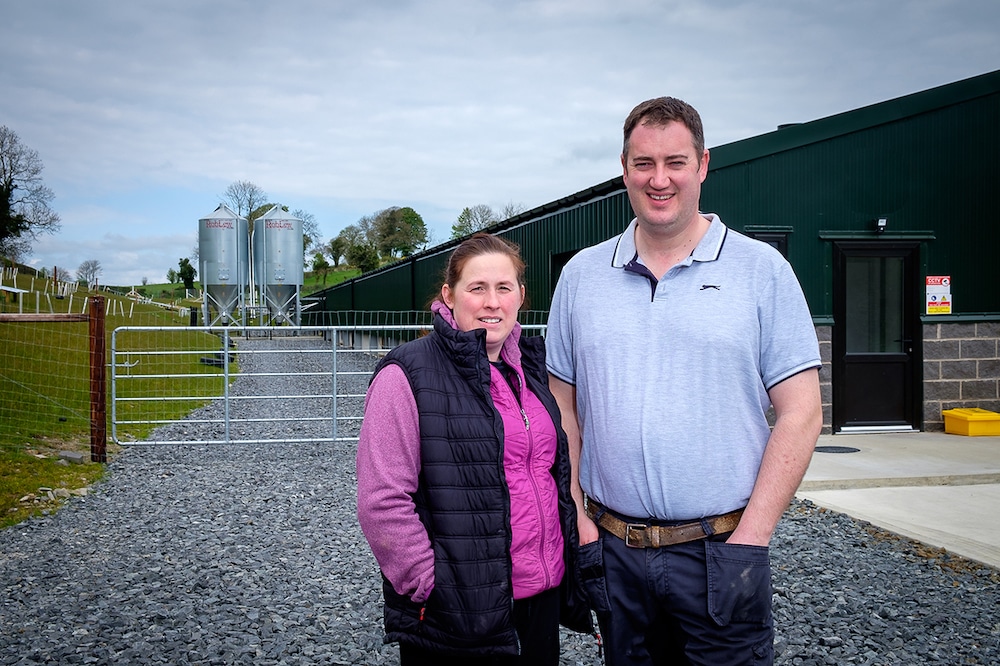 A Co Armagh poultry farmer has been announced as the regional winner of this year’s Farming Innovation Award in the M&S Select Farm Awards.

As the Farming Innovation Award winner in Ireland, Whitecross man Richard Murphy, was invited to receive his award during the M&S Select Farm Awards ceremony on the M&S stand at this year’s Balmoral Show.

The judges commended Richard for his commitment to investing in an innovative system centred on animal welfare.

The family farm was previously a dairy enterprise, but around ten years ago the Murphy’s exited milk production and considered alternative options. After extensive research they set up a poultry unit.

“The system we were interested in operating wasn’t being used on any farms in Northern Ireland at the time,” explains Richard. “So, I went over to Wales to view a farm with the system, and I was so impressed. The system is second to none when it comes to bird welfare, and this was a top priority for us.” The Jansen Aviaview system has integrated walkways which allows Richard to inspect the birds on the upper level with ease with minimum disruption to the birds. Outside of the shed, the couple have also planted 2,400 trees on 2.4 hectares of the range to create a good environment for the birds and to have a positive impact on the farm’s carbon footprint.

Richard supplies Skea Eggs, with Dale Shaw from Skea Eggs commenting: “When setting up his new unit, Richard went above and beyond to select a system which allows him to manage bird welfare and production in the most effective way. In short time-frame Richard has already achieved a substantial amount and has already shown real stockmanship when caring for his hens.”

“Richard is the perfect example of Select Farmer whose commitment to innovation, is also delivering wins in animal welfare and sustainability. His dedication and commitment to choosing an innovative system, which is believed to be unique in Ireland, should be greatly admired.”

As regional winner of the Farming Innovation Award, Richard was presented with a certificate and M&S hamper on the M&S stand during this year’s Balmoral Show.