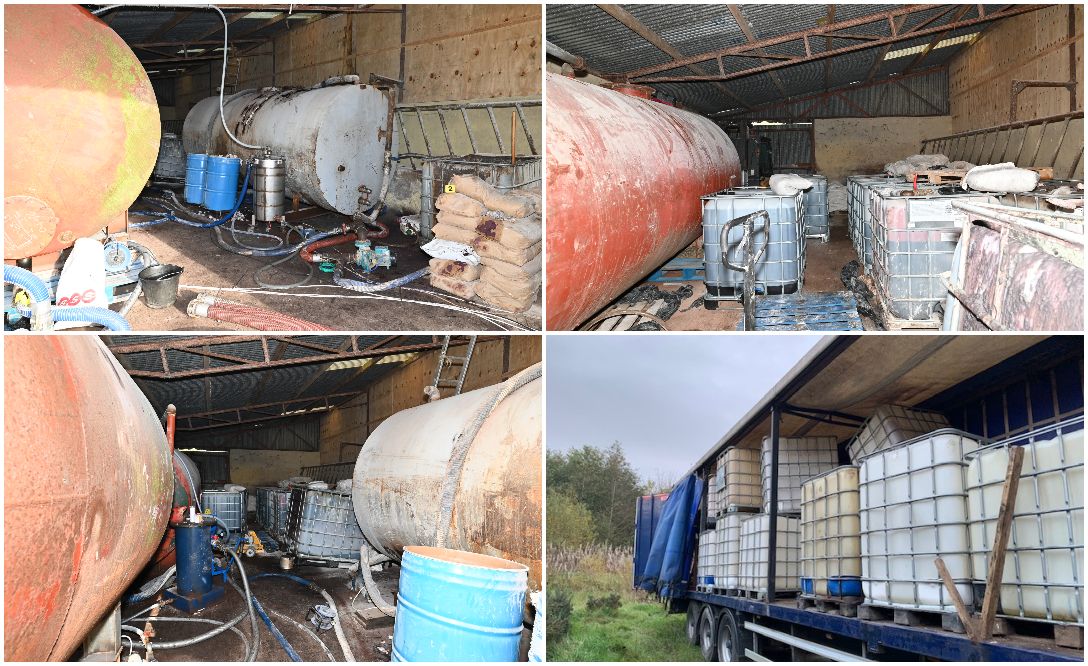 Two fuel laundering plants have been dismantled by HM Revenue & Customs (HMRC) in separate operations in counties Armagh and Tyrone.

On Thursday, November 4, HMRC, accompanied by Police Service of Northern Ireland colleagues, searched a shed at the rear of a residential property in Forkhill, Co Armagh, where they discovered apparatus used in the fuel laundering process.

A total of 600 litres of laundered diesel, 10,300 litres of red diesel, 53 bags of bleaching earth and 12,500 litres of fuel laundering waste were discovered at the site and seized by HMRC.

In a separate operation on Thursday, a mobile fuel laundering plant was discovered on the back of 40-foot trailer parked at the rear of a church in the Cookstown area.

HMRC officers, along with the PSNI, searched the trailer and seized a tank used to launder red diesel, bags of laundering agent and 20 thousand-litre plastic tanks

Steve Tracey, Assistant Director, Fraud Investigation Service, HMRC, said: “We remain alert to the methods criminals are using in their attempts to remove government markers from rebated fuel. We will continue to work with our Organised Crime Task Force partners to tackle this crime, one we are determined to detect and put an end to.

“Fuel launderers have always posed a serious risk to the public, by building illicit fuel sites, abandoning harmful waste and transporting fuel in vehicles that are unfit for purpose and unsafe. This illegal activity is endangering to the environment, local community and habitat.

“Buying illicit fuel funds crime and supports and encourages these dangerous activities. I would urge anyone with information on fuel misuse in their area to report it to HMRC online or contact our Fraud Hotline on 0800 788 887.”