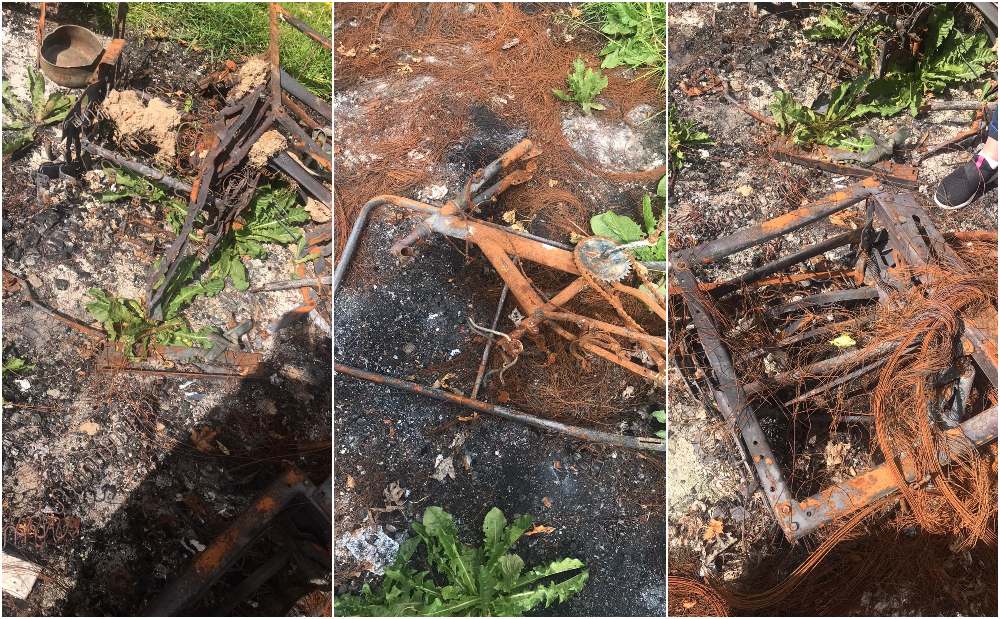 Charred remains at the scene after vandals targeted a play park in south Armagh.

Thugs started fires at the facility which the children in Mullaghbawn get great enjoyment from.

And the incident has been described as a complete disgrace.

Sinn Féin Councillor Oonagh Magennis has said that there was “considerable anger within the local community” after these actions.

“Those involved should be deeply ashamed of themselves,” she said.

“I have asked the council to clear away the debris and to repair any damages.

“Once again the ratepayers will have to pay for a selfish act of vandalism.”