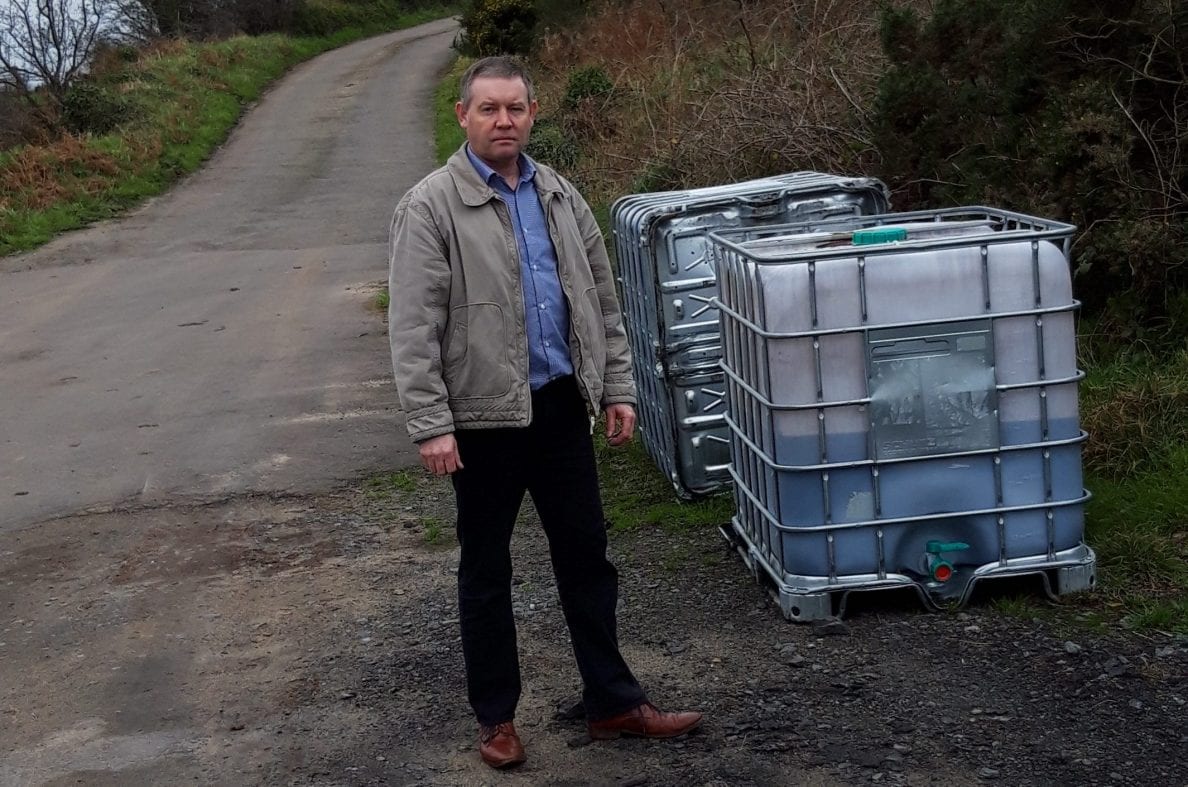 Illegal fuel dumpers took little time off over the holiday season – much to the anger and dismay of locals.

Residents of Dromintee are up in arms after two separate incidents in recent days.

On both occasions, two fuel cubes of toxic waste were dumped on rural roads – firstly at Cloginny in December and then with the arrival of the New Year at Tievecrom.

Newry, Mourne and Down District Council has been contacted about the incidents. 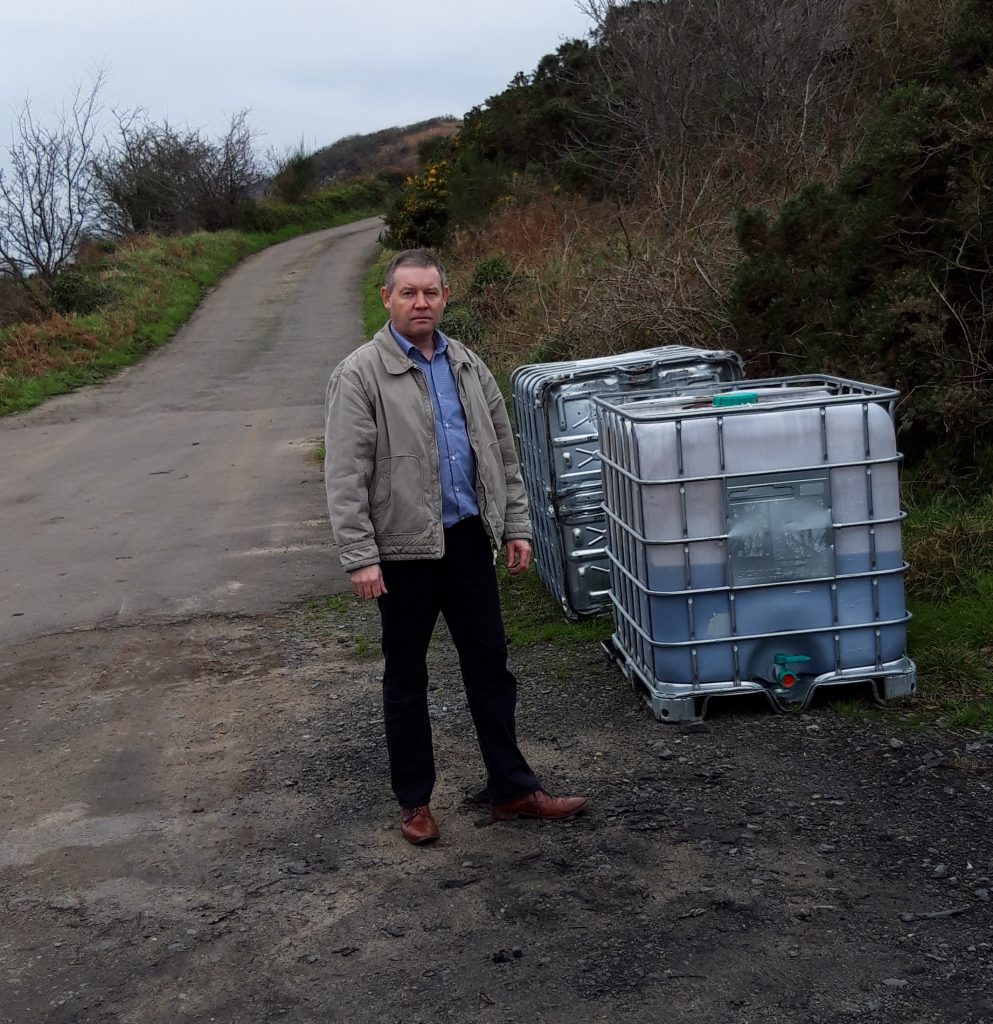 “I have reported both sites to the Environmental Health Department at council and expect them to be cleared shortly,” he said.

“A number of residents in the Dromintee area have expressed their anger and disgust at this ongoing issue.

“One local described it to myself as an attack on the community.

“I can understand the frustration of residents when they see harmful waste dumped close to their homes on a regular basis and I share their anger and disgust. 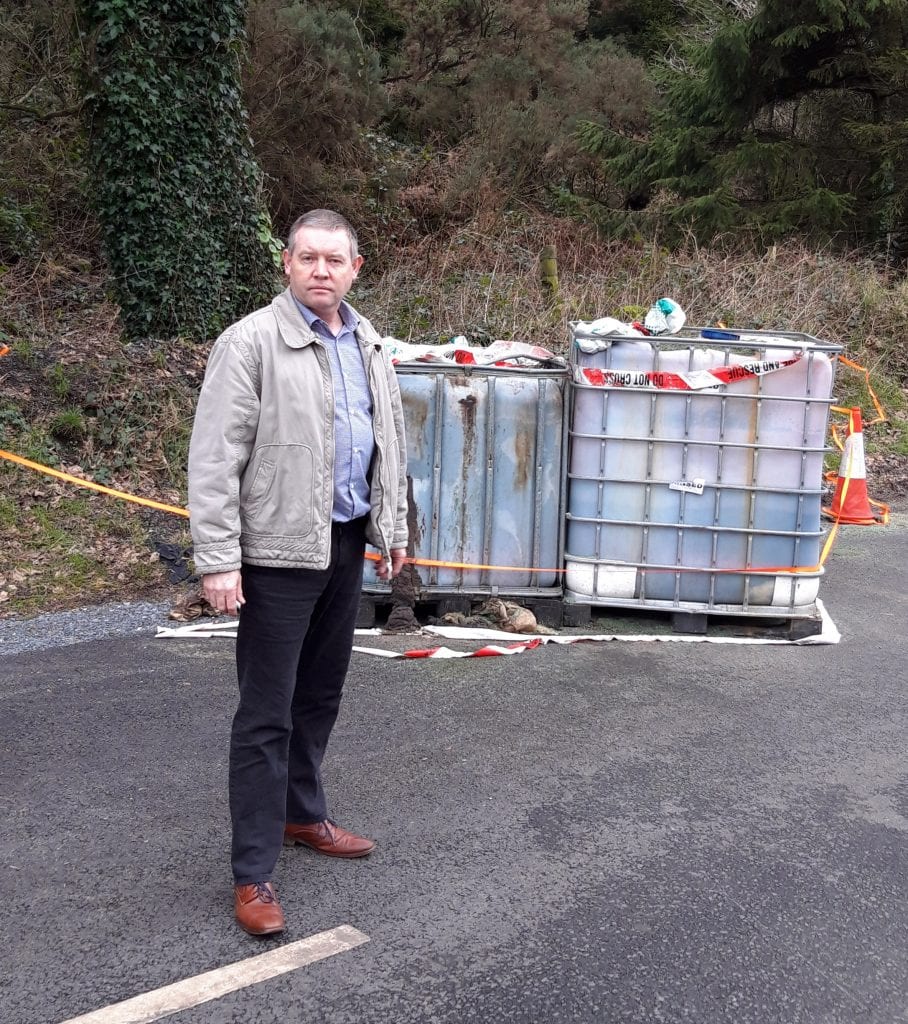 “These are anti-community, criminal acts. Those engaged in these unscrupulous activities care nothing about the community and the potential harm that this waste can cause to humans, wildlife and the environment.

“On a practical level the huge financial cost that the ratepayer and taxpayer picks up for clearing this waste deprives our communities of much-needed funds for services.

“Those involved in these selfish criminal acts need to be apprehended. This type of activity must come to an end.”