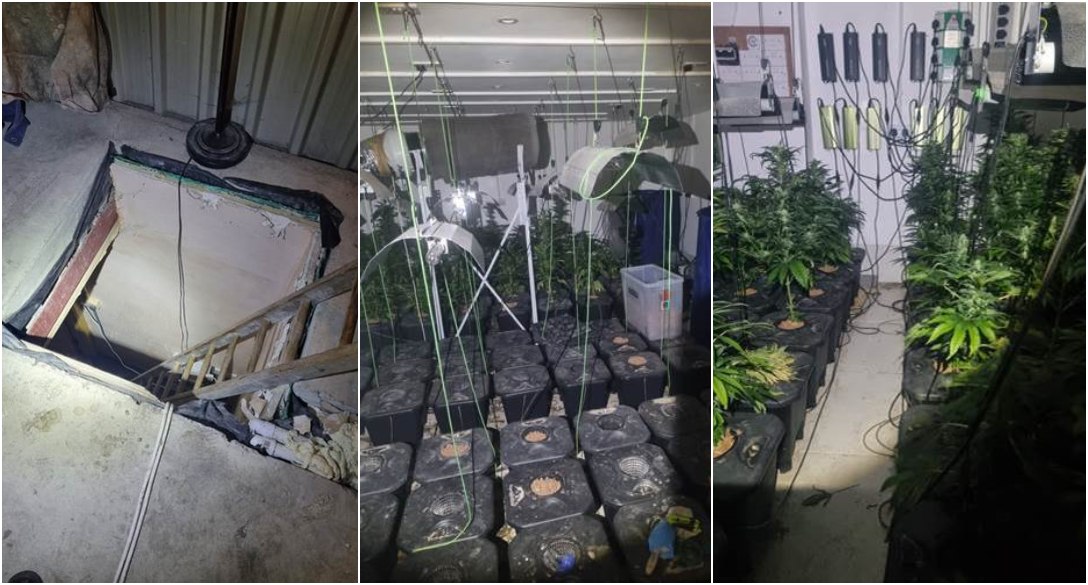 This is the “sophisticated” underground drugs bunker uncovered in south Armagh on Wednesday.

Police arrested two men as a result of the find in Killeavy, which was being used to cultivate cannabis on a large scale.

Inspector Corner said: “Shortly before 2:15pm, officers from Slieve Gullion South Neighbourhood Team conducted a search under the Misuse of Drugs Act at a property in the Seafin Road area of Killeavy.

“A quantity of suspected cannabis with an estimated street value of £36,000 along with criminal assets believed to be valued over £20,000 were recovered and taken away for further examination.

“We are dedicated to tackling organised crime and the supply of illegal drugs in South Armagh and will continue to investigate those who profit from the misery and harm they cause.

“Our investigation into this sophisticated operation is ongoing and I would ask any member of the public who has any information which could be of assistance to police to contact the Police on non-emergency number 101 quoting reference number 1007 17/11/21.