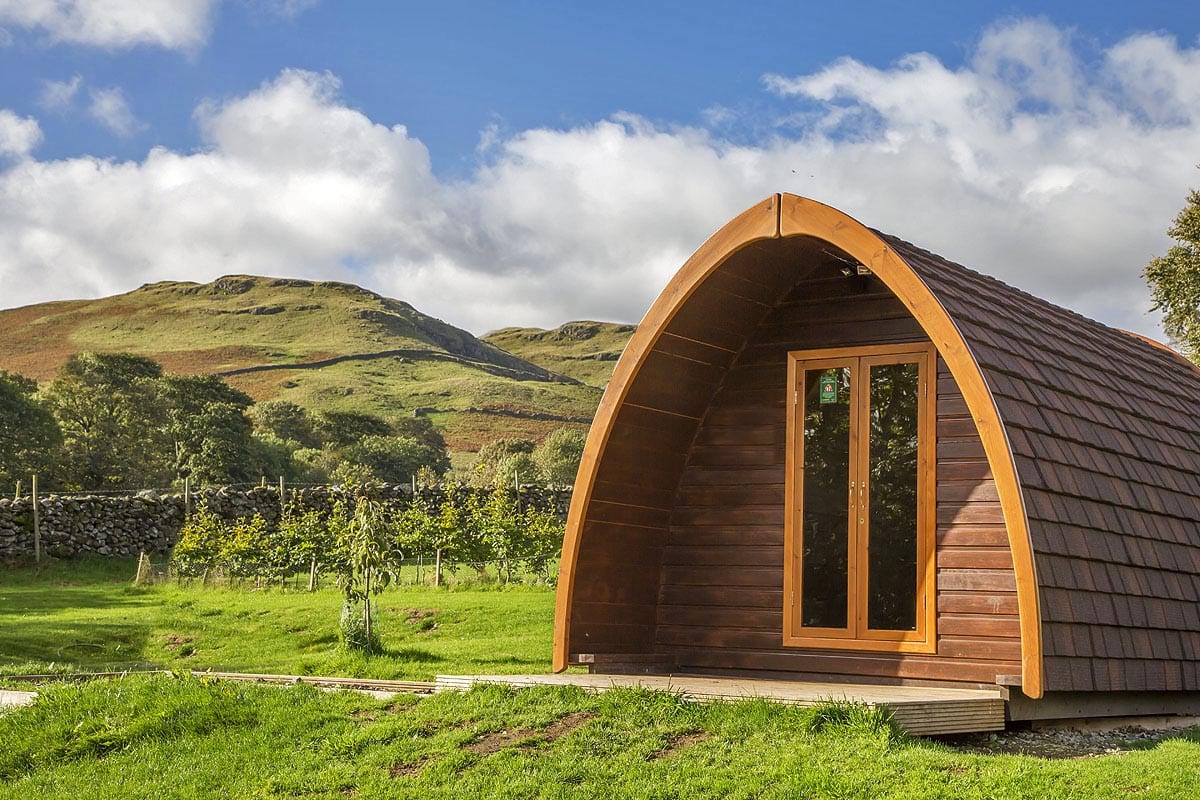 A new glamping holiday park in south Armagh is to be given the go-ahead.

Outline approval for the development – which will be constructed in fields off the Ballintemple Road in Killeavy – has been recommended by planning officials.

The development will consist of 12 glamping pods.

These will be constructed in a circular formation, with a children’s play park to the centre.

And, sitting off to the side will be toilets and showers and a utilities building. These will incorporate a rain harvesting system and solar panels.

The original plans sought approval for six glamping pods and six caravan spaces, but this has since been modified to consist of 12 glamping pods instead.

Planning officials state that the development “can be readily absorbed into the landscape without adversely impacting on the visual amenity of the rural character and the Area of Outstanding Natural Beauty”.

Recent planting of saplings and the possibility of more planting to come would “ensure that development is adequately screened” and integrates into the surroundings.

The professional report from planning officials – in determining the application – adds: “There are no concerns regarding archaeological and built heritage with the proposal and the applicant has provided a biodiversity checklist which indicate there is no protected species on site.”

The application brought in six objections – two from the same person – and one letter of support.

The letter of support came from local Sinn Fein Councillor Liz Kimmins, who described it as “positive development” at the foot of Slieve Gullion, a major visitor attraction.

She believed it would “attract more tourists, which in turn would promote local business and boost the local economy”.

Reasons for objections cited included noise, impact to privacy/amenity, a narrow road, unable to cope with existing traffic, and the “associated danger” from increased traffic.

Planning officials report that the roads had previously raised concerns with proposals which incorporated touring caravans and the “inability of current infrastructure to deal with these”, but this had resulted in the revised application which removed the caravans from the site in favour of glamping pods only.

The opinion to approve goes to the planning committee of Newry, Mourne and Down District Council in April.

The development of a glamping site – if it proceeds – would offer a different kind of accommodation.

Work is progressing currently on transforming Killeavy Castle and surroundings into a four-star boutique hotel.

The £4.7m project got underway earlier this year and already there are signs of the hotel and restoration coming to life.

The 45-room hotel, spa and wellness centre on the historic estate will sit on the picturesque slopes of Slieve Gullion.

While the hotel is being built, Killeavy Castle, an A Grade listed building, will be fully restored. It will include a basement bar and a three-bedroom suite on the first floor.

The ground floor will connect with a marquee at the rear of the castle and provide space for functions capable of accommodating up to 240 people. The recently completed gatelodge will provide a further three rooms accommodation.

The hotel construction contract was awarded to Abergeldie Complex Infrastructure Limited and the project commenced in early July 2017, after receiving the formal notice to proceed from Invest NI last June.

The hotel is still expected to be open to the public in late 2018.