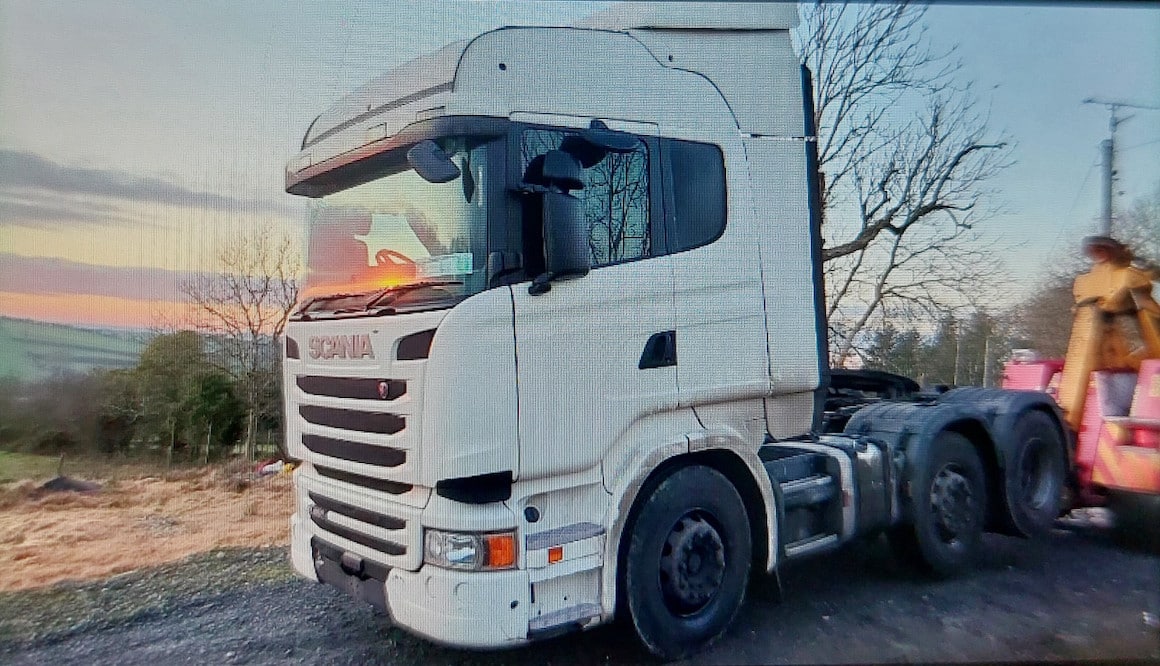 A lorry stolen in County Donegal turned up in south Armagh over the weekend.

The Scania 450, estimated to be worth more than €50,000, was taken from a yard in Killygordon – approximately 10km from the border – on December 4.

Two men were spotted driving a BMW into the yard where the lorry was parked at 11pm before one broke into the cab and drove it away.

A PSNI spokesperson said: “This was a significant find and no doubt depriving the culprit of a vast amount of criminal money.

“The vehicle has now been recovered and will be returned to it’s owner.

“Police are asking if anyone seen this lorry while it was on it’s travels to make contact quoting serial number 13 of 11/12/22 or contact crime stoppers anonymously.”