Proud son Noel said: 'It is my father all over. He always has to be different from the rest of the world' 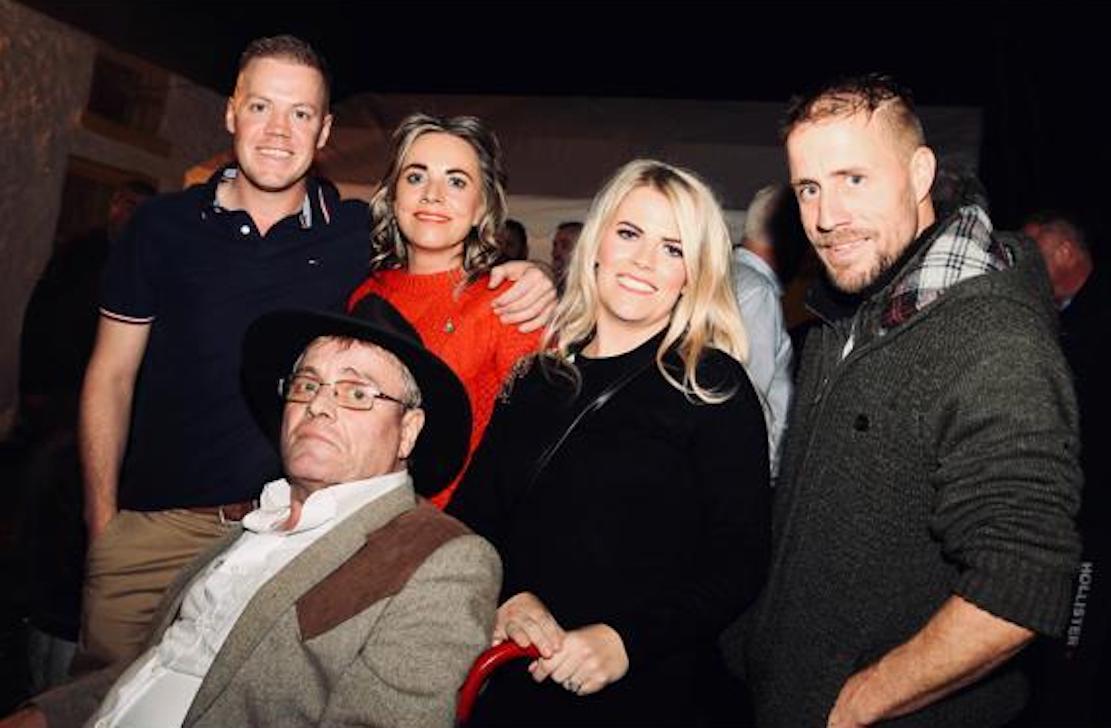 From left to right: Son Noel alongside daughters Deborah and Terriann and other son Gerard

The Shebeen in Lislea has played host to the living wake of a Co Armagh man known by many the world over.

But instead of treating the awful news with dejection and sadness, he had the brilliant idea of turning it into a celebration, of sorts. And on Saturday that’s exactly what happened!

A pillar of the local community and immensely popular in the area of Omeath, Camlough and as far reaching as Sydney, Terry’s son, Noel said his father has “legendary status”.

Speaking to Armagh I, Noel said: “It is my father all over, he always has to be different from the rest of the world.

“He did always talk about having wakes up at the ceilidh house, also known as the Shebeen – my grandfather Joe-Joe used to ceilidh there. They would have had a few bottles of rum, played cards and told stories.”

After leaving the Shebeen, the tradition was passed onto Terry and Noel says as children they would have always been around the place. 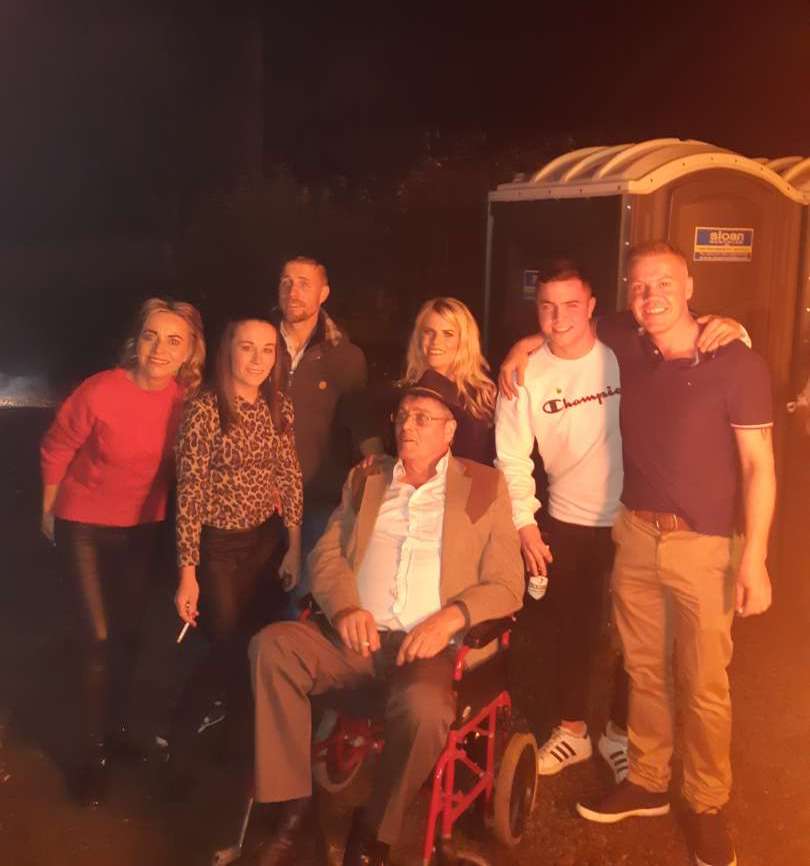 “Anyone who knows my da, knows he lives life to the full. Rules to him were always made to be broken,” explained Noel.

“He was a larger than life character, no matter where he went people knew him and he loved nothing more than a few pints and a bit of craic.”

Noel, who has lived in Australia for the last seven or eight years, says no matter where he goes his father always gains admirers.

“He came out five years ago for my wedding for four weeks and stayed for a year. It came to the point I said ‘dad I think it is time you went home’, but he is well known in Sydney too!”

Noel says many stories were recalled on Saturday night, from Terry getting stopped at JFK Airport to him bringing not only his dog and cat but also his pig to the pub! 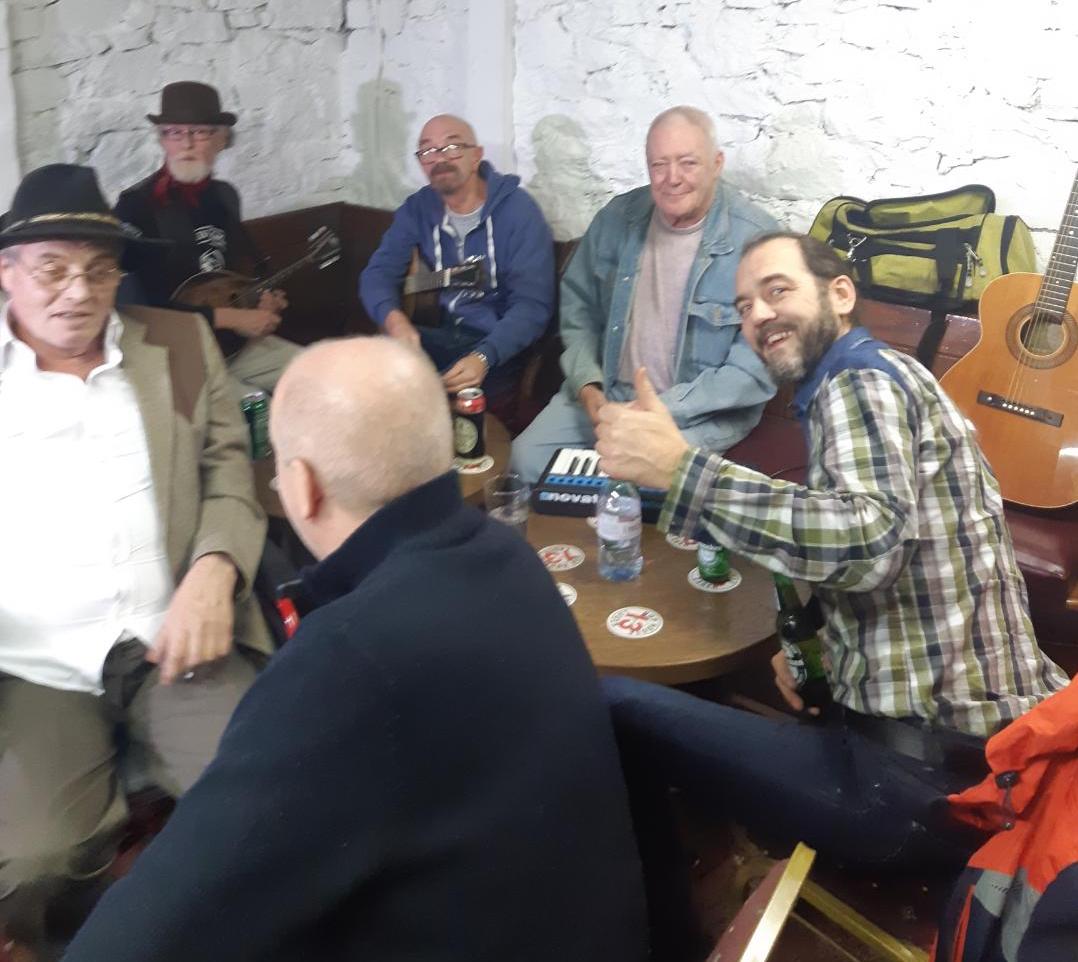 Upon arriving home on Tuesday, Noel said the decision to have the wake was made the next day and having had no advertising from 500 to 600 people turned up.

“He is an amazing father, every one I know, even friends, would talk of my dad as a legend and only he would do something like this.”

SDLP MLA, Justin McNulty, captured some of the footage of the occasion and paid tribute to Terry.

Speaking to Armagh I, he said “Terry is a larger than life character and he is known from Lislea to Newry and as far away as Australia, where he lived for a stint.

“He was a roofer and was always dressed suavely. He had his own style, particularly he would have been known for his hats.”

He added: “Terry did not suffer fools, it is no surprise that he would do such a thing as organise his own wake.

“It is nice because it meant that people got to pay tribute to the man whilst he was still alive and as such it is truly a celebration of his life.”