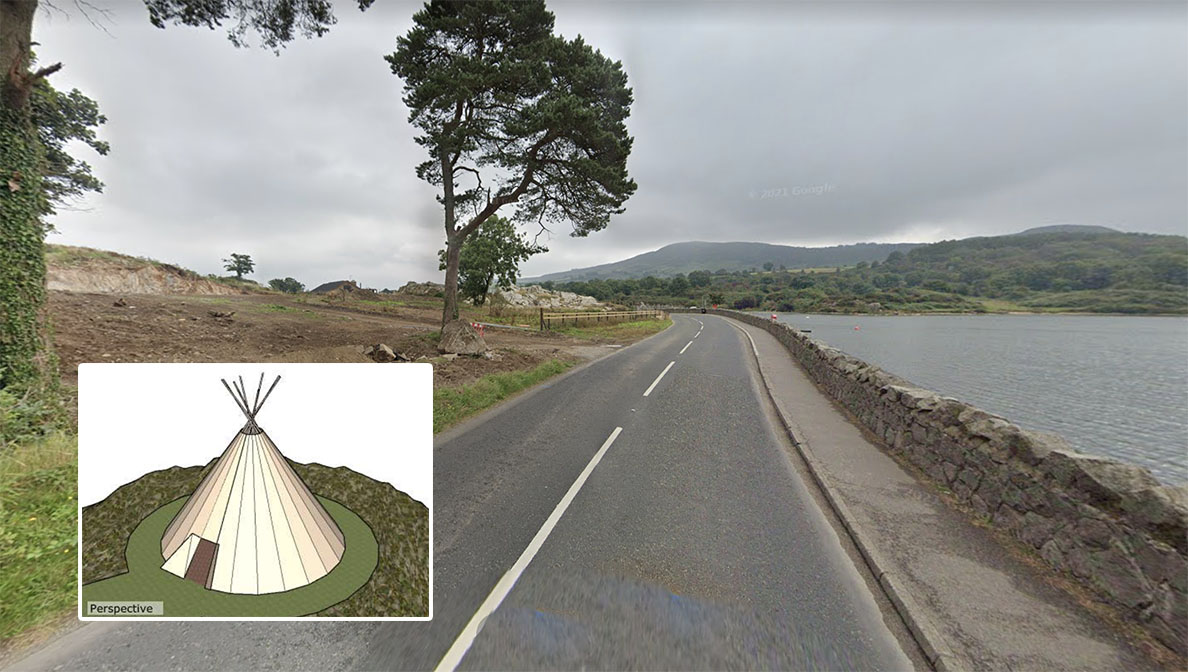 A stunning new glamping site overlooking the picturesque Camlough Lake – complete with a communal campers’ ‘hub’ and cafe/tea-room – has been given the go-ahead.

The development – on a site given as “70 metres west of 55 Newtown Road, Camlough” – follows another application which was refused permission in the summer of 2019.

But now Newry, Mourne and Down District Council has agreed that this facility, in the name of Karl Toner, should be allowed to proceed.

These proposals were submitted to council in July 2020 and have been under consideration by officials since that time.

There would be a communal toilet and shower building for the benefit of users.

And a cafe/tea-room will be available for refreshments, one feature of a planned communal ‘campers hub’. There would also be communal barbecue and picnic areas within the overall site.

The exciting proposals also include landscaping, parking provision for 20 cars and a stand for six bikes, as well as associated ancillary works.

According to a planning statement, the attraction will be built “around a central area of communal open space, which are connected via a network of informal gravel paths”.

It adds: “All pods and other sleeping facilities are to be separated and screened through the use of soft landscape planting.

“Communal open space is provided centrally within the site as an integral feature of the development and communal toilet and shower facilities are located to the east, to the rear of a rising rocky outcrop.

“The main communal campers’ hub is also located centrally within the site. This building has been designed to take the appearance of a traditional rural vernacular dwelling, and closely resembles the appearance of dwelling that once stood on the site.

“Access is to be taken directly from the Newtown Road via the existing agricultural access, which will be widened. “A car parking area is provided to the south adjacent to the communal hub building and also to the west.

“Native species planting is proposed along the southern and eastern boundaries to assist with assimilating the scheme within the rural landscape.”

The planned hub, meanwhile, offers much to the visitor.

“The campers’ hub building is located centrally within the site, adjacent to the area of communal space and BBQ area,” according to the planning statement.

“It includes toilets, a general reception area and tearoom/café, together with self-catering cooking facilities and a lounge area for campers.

“It is set beyond the brow of a crest and will be well screened from Newtown Road by rising land and existing and proposed landscape planting.”

The camping pods – to be dispersed across the site – will be made of timber with pitched roof, and each should comfortably sleep two to three people.

The tepees – designed with natural canvas – will reach close to four metres at their peak and have a diameter of six metres.

The planning statement says that using an existing access to the Newtown Road means the new glamping site “will not prejudice road safety or significantly inconvenience the flow of traffic”.

And it adds: “Its strategic location offers significant opportunity to take advantage of the variety of tourism sites and locations in the immediate and wider proximity, contributing to wider tourism aims and generating additional local income.”

The proposals have now been given permission to proceed.