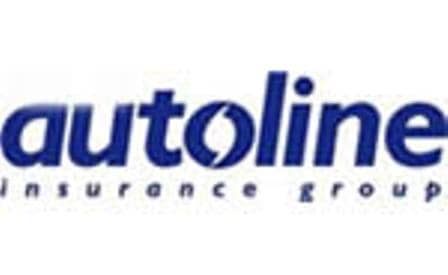 Autoline is one of Northern Ireland’s leading independent brokers providing a range of insurance and financial services to both personal and business clients across Northern Ireland. The new jobs will support a further move into the wider UK and Republic of Ireland markets and form part of the company’s multi-million pound investment plans over the next four years.

Minister Arlene Foster said: “Autoline’s success has been built on innovation. It was the first broker in Europe to launch an app that offered insurance premium discounting directly linked to driving behaviour. As a result, it has significantly grown its customer base of young drivers. It is now planning to develop its own telematics and data analysis platform, which will help it to more than double its gross written premium by 2018 with almost 60 per cent of sales coming from outside Northern Ireland.

“The new positions being announced today, which will pay above the Northern Ireland private sector median, bring the total employed by Autoline to over 200. The additional salaries will contribute £1.5million a year to the economy.

“Invest NI is committed to supporting business growth and economic development across all areas of Northern Ireland and has offered Autoline £390,000 of support for the jobs, which will create employment opportunities for a wide variety of people. This expansion and the development of its data analysis platform will enable Autoline to remain at the forefront of the market, increasing and extending its market share.”

Michael Blaney, Managing Director of Autoline, said: “Since developing our app we have become a leading player in the telematics insurance industry. The telematics platform will enable us to analyse the data collected through our app. This will give us a valuable commodity that we can sell on to other insurers and brokers and which will help us to substantially increase sales, particularly in Great Britain and the Republic of Ireland.

“Invest NI’s support for the new jobs is ensuring that we can build our capacity quickly to take advantage of this opportunity.”

Arlene Foster added: “Autoline is an example of the many small and medium sized businesses in Northern Ireland which, with the support of Invest NI, are making an important contribution to our economy.

“Through Invest NI’s support over £21million was invested by businesses in Newry, Mourne and Down council area last year. As a result, 576 new jobs were promoted by Invest NI during the year, an increase of 111% on the previous 12 month period.

“Invest NI initiatives, alongside the activities of the local business community, are encouraging companies, such as Autoline, to bring forward activities that will enable them to compete more effectively and successfully, particularly in markets outside Northern Ireland.”

The 60 new jobs will be based primarily in the company’s headquarters in Newry but there will be a number of opportunities in the other branches in Ballymena, Coleraine, Downpatrick and Enniskillen.