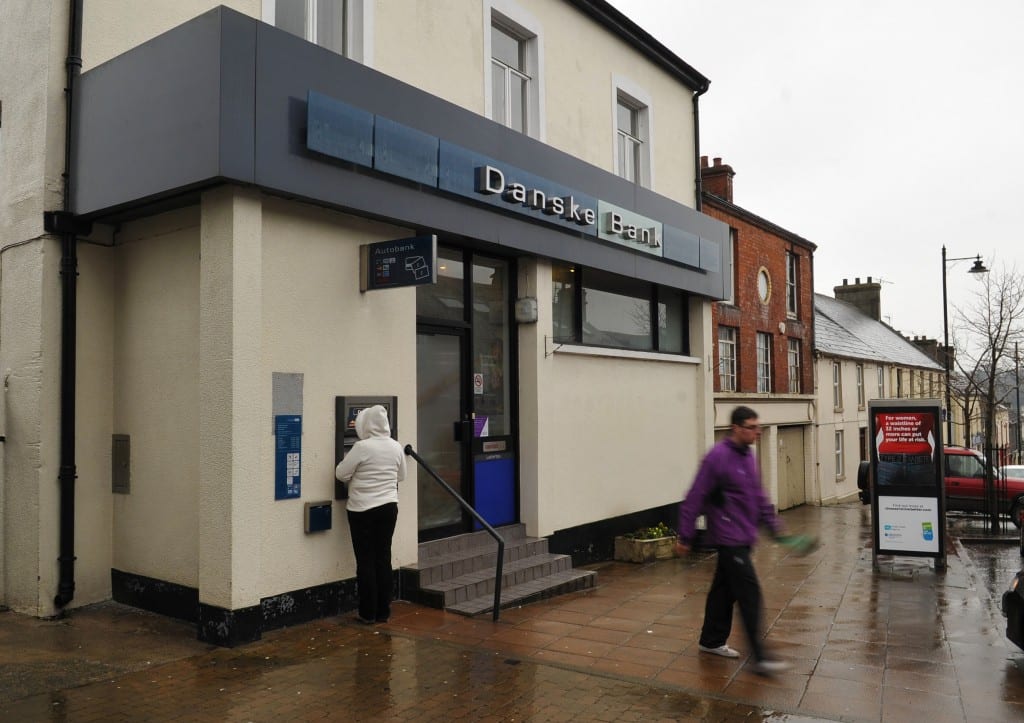 Markethill will shortly get an ATM cash facility – a boost for local people after the closure of the Danske Bank in the town in June 2013.

It is expected the facility will be in place within the coming weeks and will be centrally located in the town.

The actual cash machine was only removed in August last year.

It followed the same of the former Danske Bank premises, which was revealed by Armagh I.

The property had an asking price of £165,000 and was bought by local Dalzells of Markethill.

The two-storey building, which was built almost a century ago, is located at 60 Main Street and the property also includes garage and yard to the rear.

It was in March 2013 that Danske Bank, formerly known as Northern Bank, announced that both Markethill and Keady branches were to close.

The bank said the move was in “response to the changing nature of everyday banking”.

There was much concern and anger within the local community and attempts by local politicians to encourage Danske Bank to reconsider the closure plans failed to keep either branch open.

Now it has been confirmed at least that an ATM is to be provided.

The Danske Bank branch in Markethill, before it closed in June 2013. The sale of the premises has now been agreed. Picture: Conor Greenan