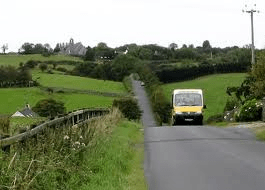 Sinn Féin councillor Mary Doyle has lambasted the SELB on their decision to cut school transport for children from four schools in the Armagh District.

St Michael’s in Clady; Foley Primary School, St Mochua’s in Derrynoose and St Patrick’s Keady have all seen reductions in the numbers of pupils who can avail of free transport, a situation which Councillor Doyle believes places undue pressure of their families.

Councillor Doyle said: “Last September children in St Michael’s Primary School, Clady who had been getting school transport were informed that the facility was being removed. I met with SELB Transport Management staff at the time and they agreed to re-examine the case in light of the concerns I raised. However, much to the disappointment of parents locally, the decision remained.

“Following my investigation into this it has come to light that the only other schools from which the SELB had removed transport were Foley Primary School, St Mochua’s in Derrynoose, St Patrick’s in Keady and a school in Warrenpoint.

“I find it extremely worrying that out of 296 schools in the SELB area, four Armagh schools have been targeted. Out of 27,000 pupils, 19 children from Armagh are being denied their school transport. All pupils who fit the criteria should get transport.”

Councillor Doyle had requested meeting with the Chief Executive of the SELB, Gavin Boyd, however following discussion during a meeting of Armagh Council, it was decided to send an invitation to the SELB Transport Department to come to council and discuss the issues.