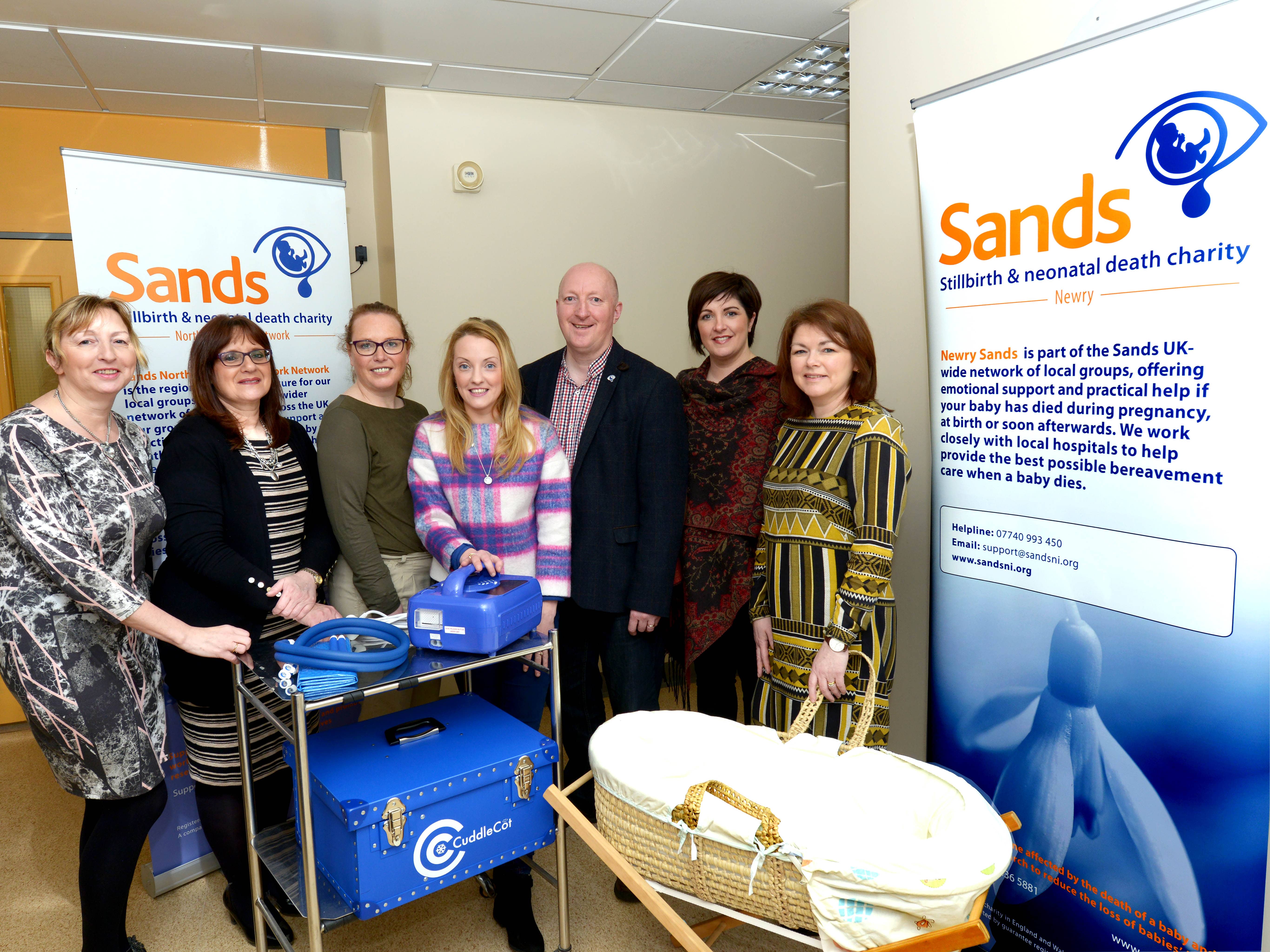 A Newry woman has donated one of two ‘cuddle cots’ following the loss of her baby boy last summer.

But she raised money to buy the cot to help bring comfort to other parents going through the same traumatic loss.

Nicola’s cuddle cot was one of two donated to the Southrn Trust for use by parents suffering the very sad loss of a baby.

It was presented to Daisy Hill Hospital in Newry.

The other was provided by SANDs – Stillbirth and Neonatal Death Charity – to Craigavon Area Hospital.

A cuddle cot is a special cot which allows parents to spend some time with their baby after they have passed away.

Patricia McStay, Head of Midwifery and Gynaecology for the Southern Trust says: “Sadly every week in Northern Ireland, four babies are stillborn or die in the first four weeks of their life. Work is ongoing across the UK to try to reduce stillbirths and neonatal deaths which are so distressing for families and the staff involved.

“Our Maternity, Bereavement, Patient Support and Chaplaincy teams work with charities like SANDS to practically and emotionally support families following the loss of a baby, so we greatly welcome the donation of these cuddle cots which can really help families through such a difficult time.

“We would like to thank SANDS and Nicola who has taken the time following her own loss to so generously consider others in the same situation.”

Nicola would like to thank everyone who has donated to her charity ‘Noah’s Maintenance’ and supported her fundraising efforts including a street collection, a raffle night and to St Clare’s Abbey and St Patrick’s Primary schools for taking part in a colouring competition.

For more information and advice following the loss of a baby www.sandsni.org