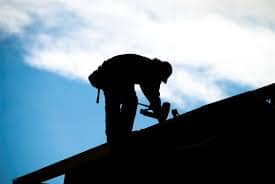 POLICE in Armagh are warning householders to be cautious when approached by door to door traders who call at your home without an appointment.
The warning follows an incident in Sperrin Park in the city, where a householder paid cash for work to be carried out to the roof of her home. The householder believes the work to be sub-standard.
Said a PSNI spokesperson:”If you do have work that you need carried out at your home it is recommended that you get quotes from at least three different reputable companies. Friends and family can recommend companies that they have used before. In the past, members of the community have been charged enormous amounts of money by a company that could not be traced.
“Allowing a rogue trader into your home or garden also carries the risk of allowing a stranger, with no verifiable identification, recommendation or company background, on to your premises, where they can see your valuables and ways into your home.
“There is no foolproof way of recognising rogue workmen, however, in the past, many reported incidents have involved callers offering to tarmac driveways, gardening work, gutter replacements or power washing roofs and driveways.
“Such ‘traders’ normally do not carry identification, are reluctant to give an estimate in writing and will normally ask for cash, which should set the alarm bells ringing straight away.
“The ‘Quick Check’ scheme allows householders to check if someone claiming to represent an organisation, such as NI Water or Power NI, is genuine and can be called free on 0800 013 22 90. A genuine caller won’t mind waiting while their ID is checked.”
Constable Glasgow, Armagh NPT, explains that, by following the below tips, you can help prevent yourself from become the victim of a rogue trader:
• Keep front and back doors locked.
• Fit a door security chain or similar device (such as a Secure Ring door restrictor) and use it.
• Always ask for an identity card and check it carefully, call Quick Check to confirm if someone is from the organisation they claim to represent: 0800 013 22 90.
• Don’t sign on the spot if a contract is produced – take time to think about the transaction – a reputable trader will understand.
• Do not keep large amounts of money in your house.
• If a doorstep seller or trader refuses to leave your premises, close the door and dial 999.
• If in any doubt, keep them out.
Anyone with information in relation to the work carried out in Sperrin Park should contact police in Armagh on 0845 600 8000.