Roadside Motors: 30 proud years of keeping drivers on road from Armagh and beyond 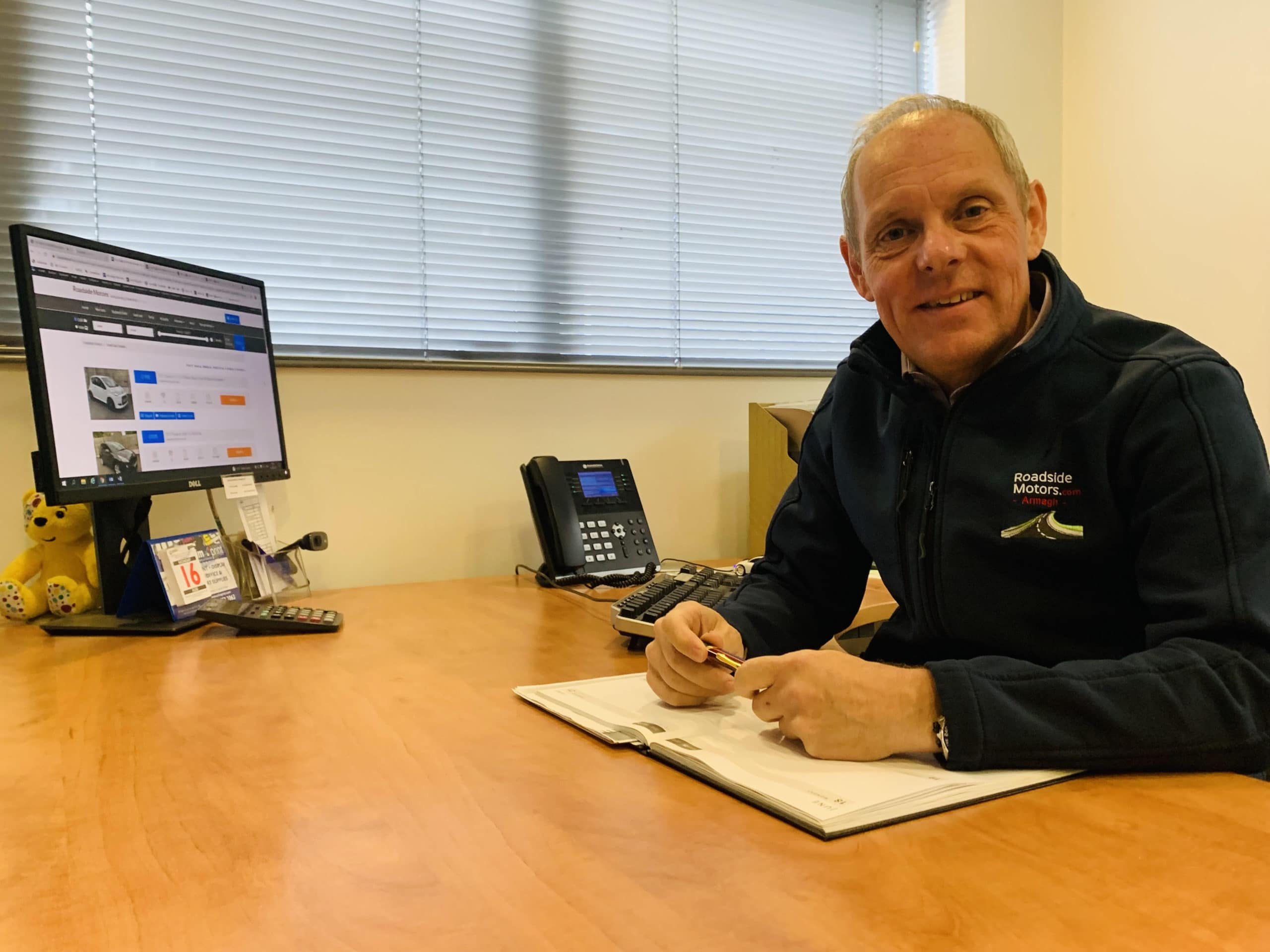 Roadside Motors has been serving the city of Armagh for 30 years, selling and maintaining vehicles for generations.

Remnants of Roadside’s first home on Barrack Hill still remain but this is certainly a far cry from its current premises.

One man who can remember those early days is Chris Mehaffey, who spoke to Armagh I.

He said: “In Barrack Hill, you could have fit the whole place in our showroom now but this place hasn’t really changed since it was built around 18 years ago.

“I mean on Barrack Hill we used to drive all the cars out onto the road and then bring them all back in at the end of the day. It really was a wee hovel and now we are in this multi-million pound building.”

General Manager Chris has been with the branch for the past 21 years but has worked in the motor trades since the 1980s.

Despite the passage of time, Chris said that in terms of sales staff many have been with the branch from the very beginning.

Talking about what has changed in the past year, he said: “It has been different to what we are used to. In the past we would have been looking to find customers, now they are finding us.

“The value of used cars has also skyrocketed, which is unheard of. With people having saved money with no holidays, we have seen a lot more people paying up front for cars but we do still offer finance.”

There has also been a massive change in trends over the last 30 years, with Chris revealing that a sale would be completed with every two in three customers as opposed to in the past when this would be around three in 10.

“It used to be that someone would come in and say they were looking for a Vauxhall Astra, I would be able to say to them ‘I don’t have one but what about that Focus or would you like to see that Golf?’

“Nowadays, people know what they want, they have done their research before arriving meaning that if you have the right car in the right colour at the right price they will travel for it.”

The improvement of cars in the past few decades have made used cars more reliable according to Chris but maintenance is still of the utmost importance.

“People have really got into the regimen of servicing a car before the MOT but they have not been going ahead or have been put off. The thing is even though your car’s not being physically examined it should still be checked.

“I was asked to road test a car which had an electrical fault. It had 126,000 miles on it but I guarantee it was as good as any car with 20,000 miles to drive because every screw that ever needed replaced had been done.”

However, Chris said that he himself can understand why so many car owners dread the idea of leaving a vehicle in for a service.

“It is a distress purchase,” he added. “You leave it in thinking it might be £100 but it ends up costing £500, and when you drive it away you often don’t know the difference.

“That is why people will put it off but it is vitally important. It is the second most expensive investment you will make and it needs to be maintained.”