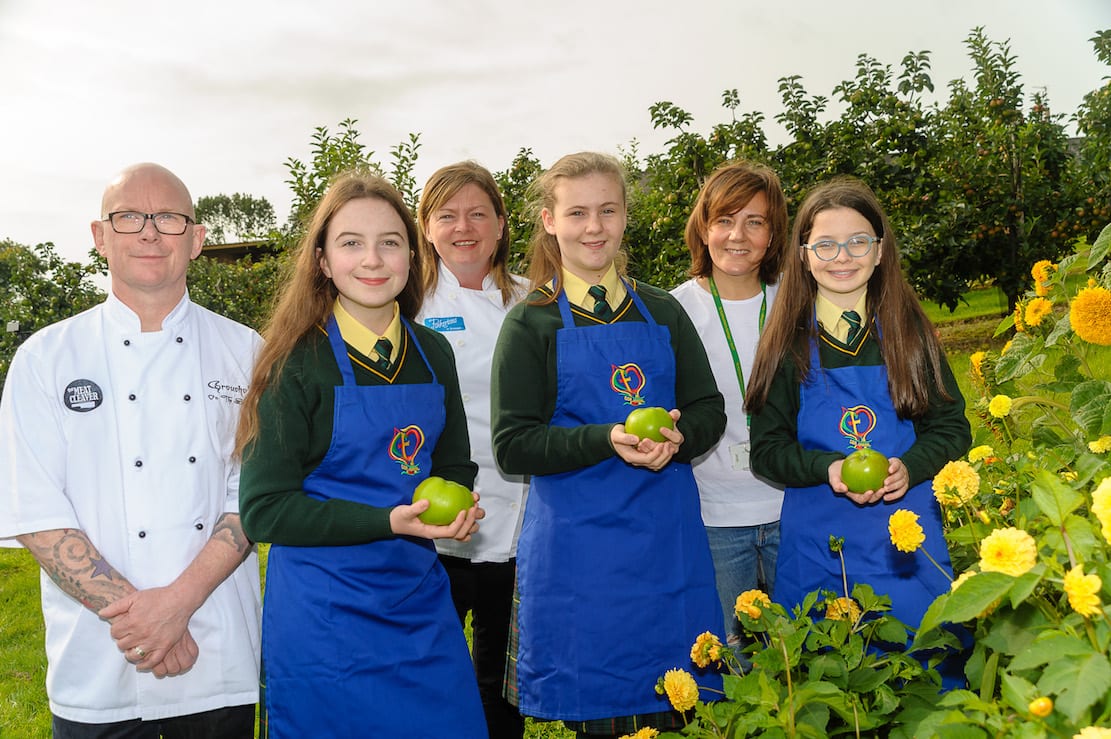 Thousands of people are expected to descend on the village of Richhill on October 27 for the fifth annual celebration of the PGI protected Armagh Bramley Apple.

The Richhill Apple Harvest Fayre, which began in 2014 as a celebration of the PGI protected Armagh Bramley Apple, attracts people from across Northern Ireland, and further afield, who come to the village to celebrate the Orchard County.

Chefs, food and drink producers, arts and crafts people, tourism bosses, families and schools all come together to celebrate our connection with our land.

It’s a fayre, which is proving so popular, that organisers this year have taken the decision to extend it to a five day event with the main fayre still taking place on the last Saturday in October.

Ruth Briggs, who is on the organising committee, said the interest in the fayre continues to grow year on year.

Ruth said: “This year’s fayre will be a fantastic showcase of what Co Armagh has to offer. We are in the middle of The Food Heartland and Richhill is a village surrounded by beautiful orchards so we are perfectly placed to celebrate our crop and our PGI protected Armagh Bramley Apple.

“We are very proud of our land so supporting producers and chefs is hugely important so this year we have introduced a new Tasting Theatre. The theatre will focus on encouraging young people into the catering sector and highlight how important the role of chefs in the growth of the food and drink industry.

“We will welcome pupils from St Catherine’s College in Armagh who won the Pinkerton’s School’s Cook Off at this year’s Armagh County Show. They have been mentored by Chef Mervyn Steenson from Groucho’s, who, along with chefs Mark Winters, of the Lough Erne Resort and John Whyte, from the Armagh City Hotel, will help the pupils recreate their dish on the day for fayre goers to taste.

“We are welcoming new producers this year, our cider producers are all returning, there’ll be arts and crafts, fun and games for all the family and of course our popular Tug O’War. There’s something for everyone so we are encouraging everyone to come along to Richhill Square and enjoy this family fun day out.”

 Wednesday, October 4 – the launch of a new book ‘Richhill – A Portrait of an Ulster Village’ written by Brett Hannam. The launch will take place at 8pm in the grounds of Richhill Castle.

 Thursday, October 25 at 7.30pm, Joy Rollston of Pinkerton’s of Armagh will lead the ‘Can’t Cook Won’t Cook’ on behalf of the Richhill WI where she will be cooking up dishes which celebrate the flavours of Co Armagh.

 Friday, October 26, the village will host an Alternative Halloween which is a free family fun night with free food, games and a fireworks display from 6pm-8.30pm in the Square hosted by Richhill Methodist Church.

 Saturday, October 27 from 10am-5pm is the Richhill Apple Harvest Fayre where artisan food and drink producers display their products, there’ll be a Tasting Theatre, Live Music and Entertainment, Tug O’War, a Scarecrow Competition and much more

More in Food and Drink