Mark 'buzzing to be bringing such a prestigious award' back home 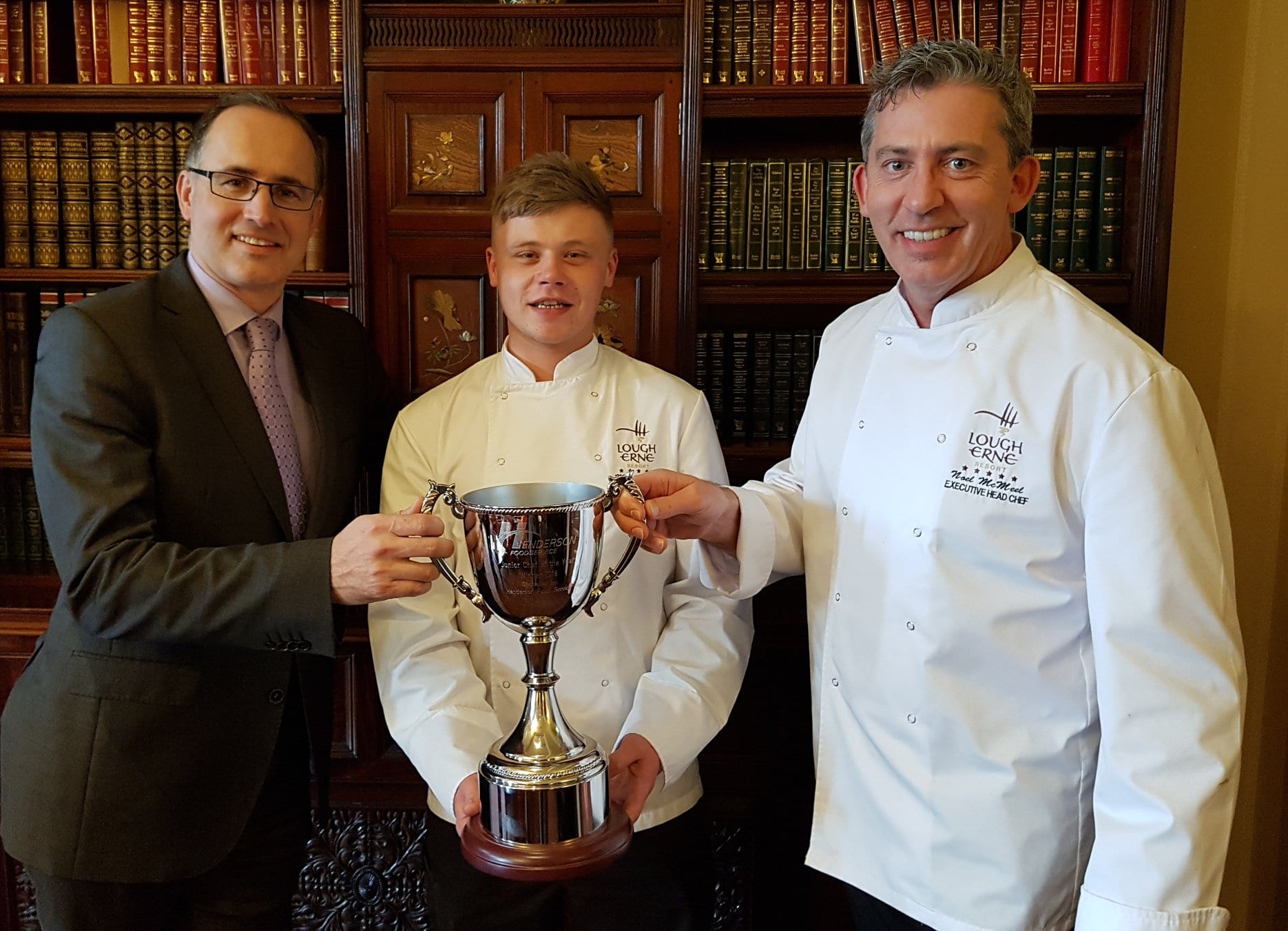 A young Richhill man has been named as the ‘Best Young Chef’ in Britain.

He said he was “delighted” at winning and “buzzing to be bringing such a prestigious award back to Northern Ireland”.

It is astonishing achievement added to a tremendous collection of awards for the 23-year-old.

Mark  – fresh off winning Northern Ireland’s Young Chef of the Year – was crowned Britain’s best at the glitzy ceremony.

The list of winners were voted for by the public and announced at the red carpet event on Thursday.

The Lough Erne Resort sous chef was one of 10 finalists, chosen by industry experts, in the running for best Young Chef of the Year.

Speaking to Armagh I ahead of the awards, Mark said: “It’s all a bit surreal, being the only person from Northern Ireland is a massive achievement in itself, but I will go there and just enjoy the event in itself.”

But he didn’t just go and enjoy himself – he walked away with the title.

“I can’t thank everyone enough for taking the time to vote for me,” said a thrilled Mark.