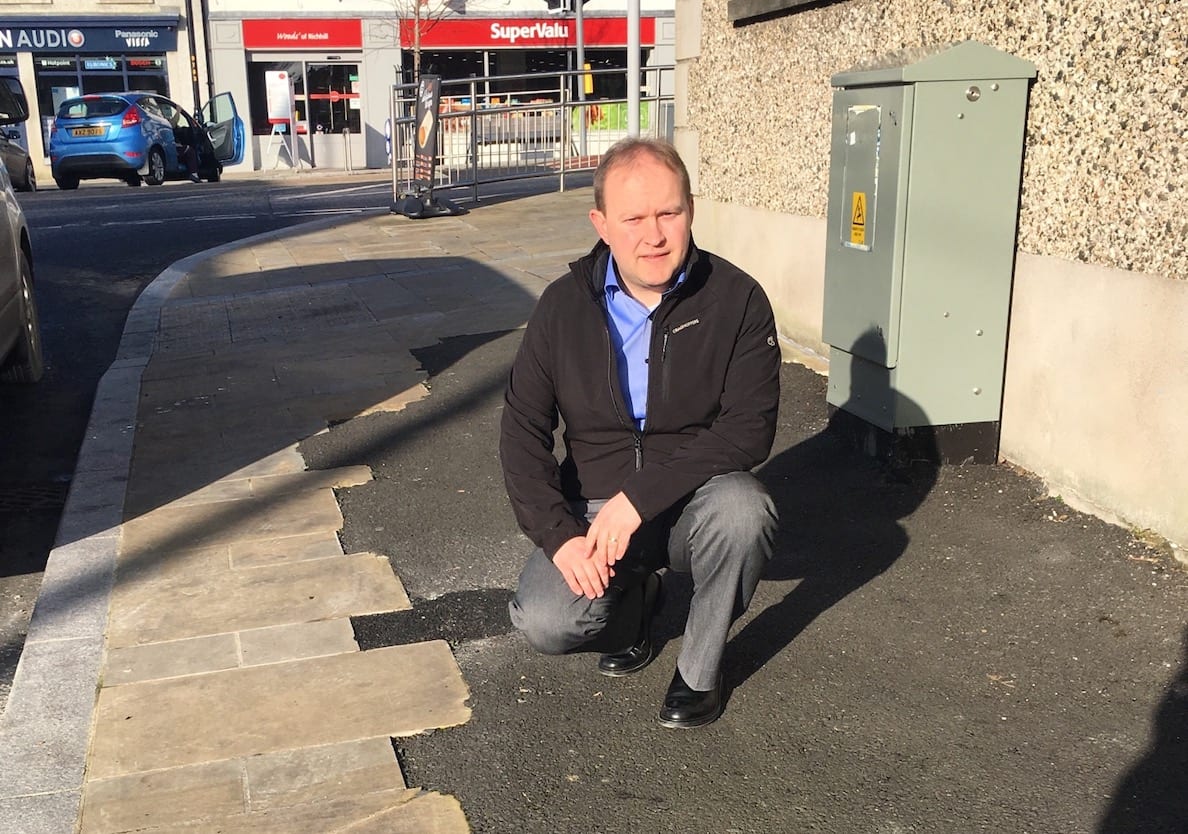 Alderman Gareth Wilson at the site of the footpath excavation in Richhill village.

An expensively assembled footpath in Richhill was unceremoniously excavated just months after being laid.

Residents have been left disgusted with what is being described as an “eye-sore”.

Cusher DUP Councillor Gareth Wilson said he had received scores of complaints regarding the pavement on New Line and he is concerned that after many months the matter remains unresolved.

“This has been quite a running sore for local people in Richhill and you can understand why,” said councillor Wilson, pictured at the offending pavement.

“This pavement was only laid and the contractors working on behalf of a utility company arrived and dug up a broad section of it and instead of reinstating the decorative stones, it was just left in a rough coating of tarmac which is an eyesore.”

Adding: “This looks totally out of place and is all the more concerning as many hundreds of thousands of pounds were spent to give the village a lift and replace the previous uneven and broken cement flagstones.

“The village is looking amazing, however this pathway issue is concerning for local people. The grout was barely dry between the joints before this section was dug up.”

He concluded: “I have raised my concerns with local council officials and NIE and they have explained that discussions are ongoing in terms of responsibility for the reinstatement of the footpath.

“I have not as yet had a satisfactory reply as to the exact reason for the delays and I do believe a greater effort is needed from all agencies in order to see this pathway restored.

“I will continue to lobby for this much needed work to take place as soon as possible.”