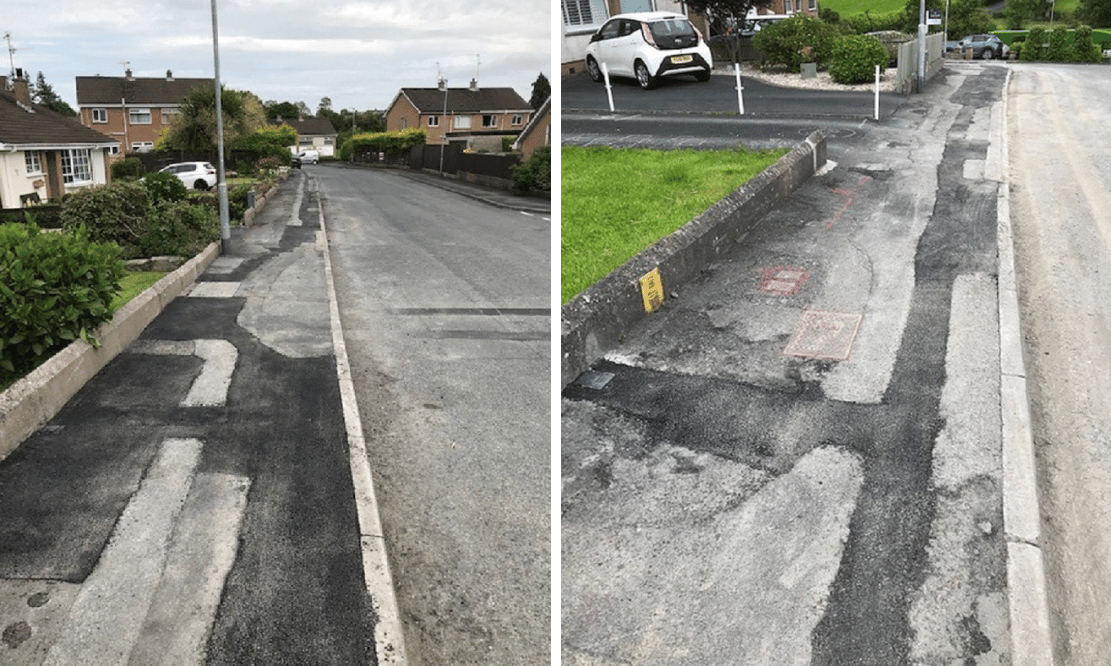 An MLA has raised concerns over footpath damage and uneven surfaces in Richhill.

Newry & Armagh DUP Assemblyman William Irwin MLA has said the continual digging up of footpaths in the constituency is causing great concern for local residents.

Mr Irwin has spoken with residents in Mossgreen in Richhill to discuss their concerns over what he termed a “patchwork” of repairs left behind following work to install utilities such as broadband.

Mr Irwin said he has raised the concerns with the Minister for Infrastructure to put forward the case for more investment in footpaths to fully repair the uneven surfaces.

He stated, “It is very easy to see why residents in developments across the constituency are so concerned. I know that in some areas there are two or three different tracks left in the footpaths following repeated digging by utility companies and this has left footpaths looking absolutely terrible and difficult to walk on as can easily be seen.”

He added, “Some of the paths have been in poor repair for some time and the digging of the pathways on multiple occasions has certainly not improved the surface, rather it has simply made the pathways much worse.”

He continued, “I have conveyed to the Minister that it is absolutely essential that a scheme of path resurfacing is undertaken to ensure that an acceptable surface is restored for pedestrians both in Mossgreen, Richhill, but also in other areas where utility companies have repeatedly excavated pathways.”