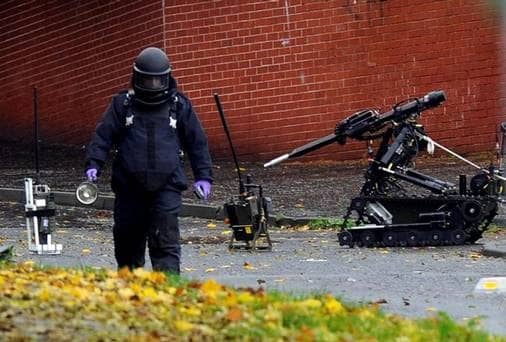 A pipe bomb has been removed from the scene of a security alert in Armagh city.

The device was discovered at Alexander Avenue on Saturday morning. It has been taken away for further examination.

A number of homes were evacuated during the alert and residents were put up at the Orchard Leisure Centre.

Chief Inspector Davy Beck said bomb “had the potential to kill or maim anyone who was near it”.

He added: “I believe the vast majority of the community here do not want this dangerous activity in their area.

“A number of homes had to be evacuated for over three hours this morning while ATO (Army technical officers) attended the object and I would like to thank the local community for their assistance and understanding throughout the operation.”