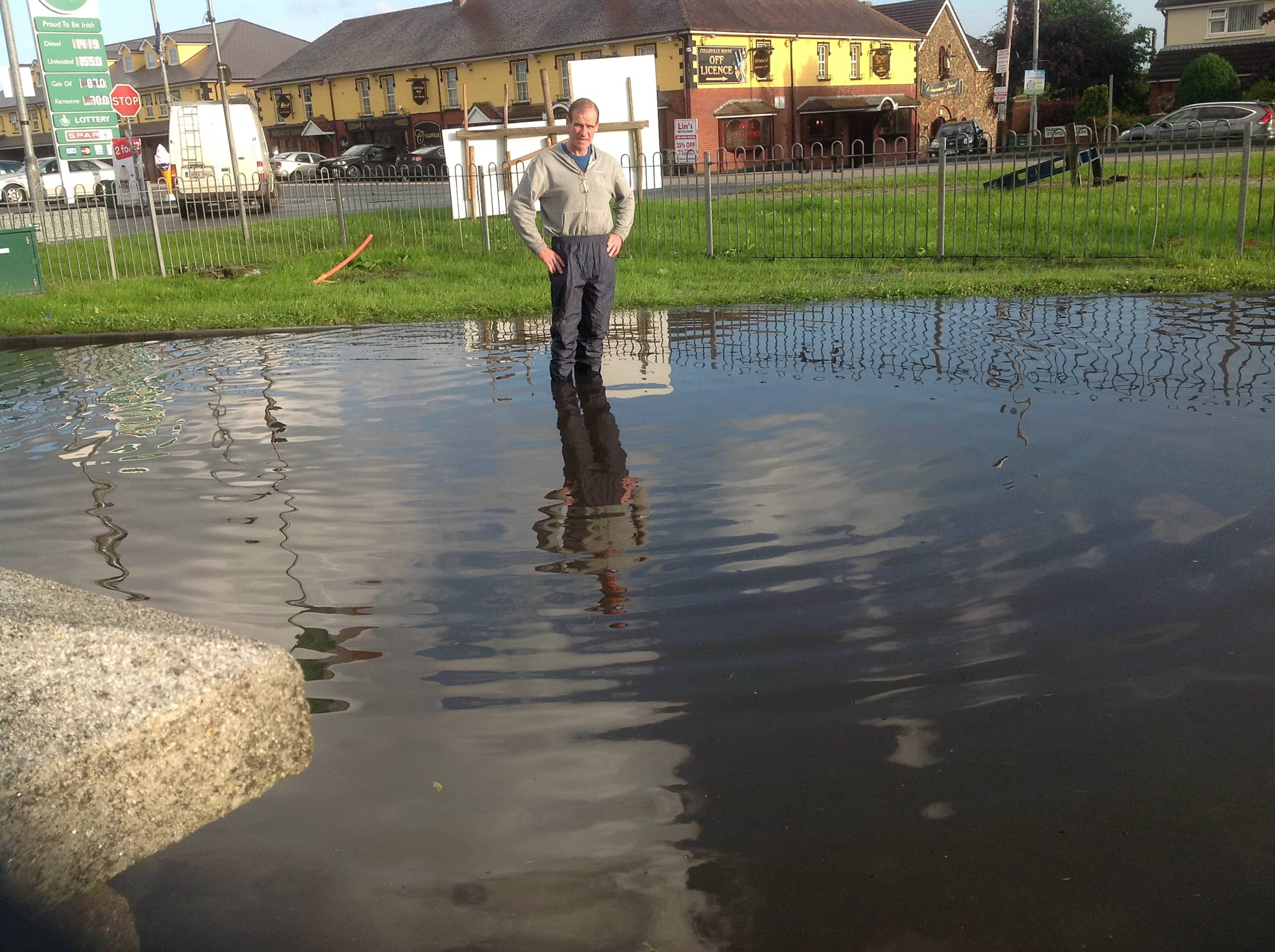 This was the scene in Culloville at the weekend, when flash flooding threatened to wreak havoc on residents’ homes.

Sinn Fein Councillor Terry Hearty was on the scene on Saturday, as householders battled against the elements to make sure flood water did not enter their properties.

“I received a phone call at 8.30pm from a resident of Culloville who was extremely worried for local homes due to the extent of rainfall over a short timeframe,” said Councillor Hearty.

“I went out to Culloville straight away to help the locals there and I contacted Roads Service, who are going to leave sandbags in the village in case of any further rainfall.

“Hopefully there will not be any more rain as the water is currently within a few inches of the floor level of some homes.

“In the longer term, I plan to continue to work with Roads Service to ensure drainage in this area is fit for purpose.”

Elderly couple robbed while lying in their bed

£3000 ‘hat’ up for grabs as BuskFest returns to Banbridge