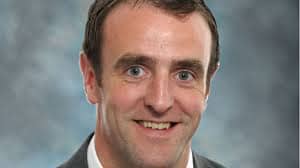 Environment Minister Mark H Durkan has announced a joint project between the Department of the Environment (DOE) and Newry, Mourne and Down Council, preparing for transfer of planning powers.

It will see Newry people having planners on their doorstep for the first time.

At present DOE Planning for Newry, Mourne and Down operates from Rathkeltair House, Downpatrick and Marlborough House, Craigavon.

But from Monday, September 29, experienced Planners from the DOE Area Planning Team will relocate to council sites in Downpatrick and Newry, where they will work alongside future council colleagues while ensuring a normal planning service is maintained for the area covered by the new council.

Welcoming the development Mark H Durkan said: “This project will help shape how councils will deliver planning, bringing it closer to the public in the new Newry Mourne and Down Council area post April 2015.

“It is also a significant and tangible step forward in the reform of local government programme. All 11 new councils need to be ready to assume their new responsibilities when planning functions are formally transferred to them next April.

“The reform of local government will ultimately deliver local councils which are more effective, more efficient and more responsive to the needs of their local business and community.”

“We hope this new means of service delivery will transform the nature of interaction between the public and planning service on all planning matters. This pathfinder project will inform the way for the regional transfer of planning services from 1 April 2015.”