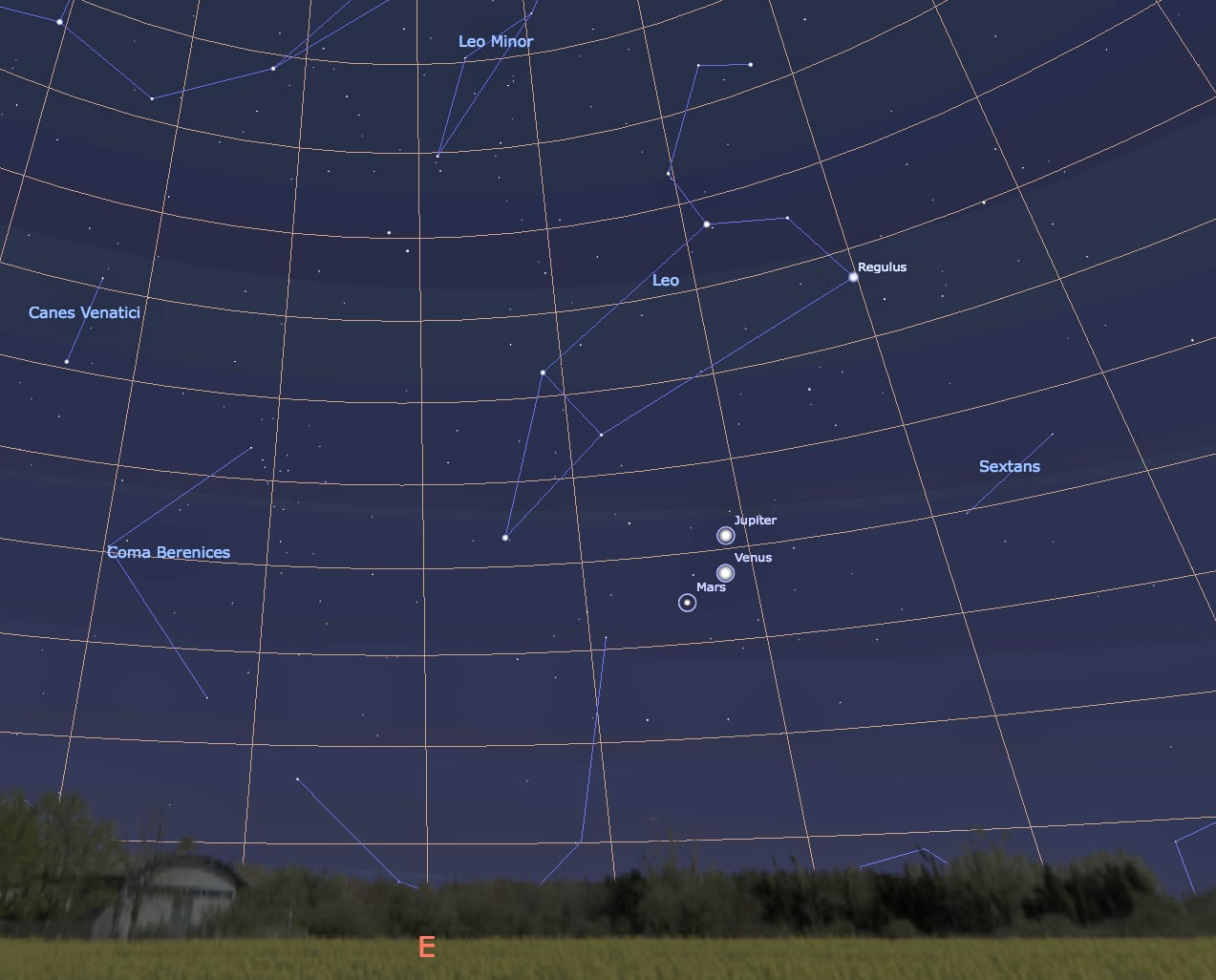 Over the next three weeks, from mid-October to the first week of November, the sky will provide an interesting opportunity to observe a “dance” of the brightest planets Venus, Jupiter and Mars in the morning sky towards the East before dawn.

Armagh Observatory reports that during this period, at approximately 06:00 (BST), the red planet Mars lies in a roughly ESE direction at a nearly constant altitude of approximately 25 degrees above the horizon.

Meanwhile the giant planet Jupiter, which is rising higher in the sky, passes less than an angular diameter equal to that of the Moon from Mars on the 17th of October.

Then, on the 26th October, Jupiter passes approximately a degree from the brightest object in the sky at this time, namely the “morning star” Venus.

At the same time, Venus is dropping lower in the sky with respect to the background stars, and passes within a degree of the much fainter Mars around the 3rd of November.

Such close approaches of the brightest planets to one another on the sky are rare, and when they occur always provide an interesting and changing view of the night sky. Morning sky with Jupiter, Venus and Mars on view

This sequence of close approaches will provide sky-watchers with some wonderful photo opportunities as well as the chance to see clearly the daily motion of the planets both with respect to each other and against the fixed stars.

In this case, the three planets are lying below and slightly to the left of the bright, blue-white star, Regulus, which lies at a distance of approximately 80 light-years from Earth.

This is the brightest star (“the heart”) of the prominent constellation Leo the lion, and lies at the foot of the easily recognisable “sickle” or backwards question mark asterism, which represents Leo the lion’s head. Looking to the south, another treat awaits morning sky-watchers, namely the prominent winter constellation Orion.

Armagh, Lurgan and Portadown’s granite pavements to get ‘deep clean’