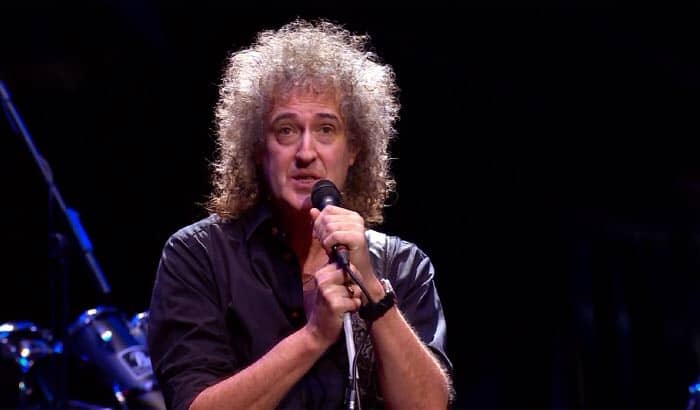 We’re feeling a special ‘kind of magic’ at Armagh I HQ – after one of our stories was given a huge thumbs-up from rock music royalty!

Legendary Queen guitarist Brian May gave his ‘royal’ seal of approval to our exclusive report of Armagh Observatory’s backing for the Asteroid Awareness campaign.

The musical icon is a leading voice in the campaign which wants to see more money spent researching and identifying asteroids and other objects in space which pose a threat to our planet.

We spoke to Dave Asher, at Armagh Observatory, and revealed the city-based research and learning institution’s backing for the Asteroid Awareness Day initiative, which is expected to include a Live Aid-style gig on June 30 next year.

Within a short space of time our story took off on Twitter.

And Brian himself was clearly delighted with our report and the support from Armagh Observatory.

The rock icon – who holds a PhD in Astronomy – retweeted (@DrBrianMay) our story to more than 217,000 followers!

That despite the fact he will be busy preparing for the big live New Year’s Eve Big Ben show, as he and Queen drummer Roger Taylor – with Adam Lambert replacing the late great Freddie Mercury on vocals – prepare to usher in 2015 with a spectacular gig by the banks of the Thames, to be shown live on BBC One and streamed worldwide!

Brian May has a keen interest in astronomy and astrophysics and was a close personal friend of the late Sir Patrick Moore, who first visited Armagh in the 1950s to lecture at the Observatory, before becoming the first director in the 1960s of the newly-constructed Armagh Planetarium.

The musician was a regular guest on Sir Patrick’s ‘The Sky at Night’ television show, which celebrated its 50th year of broadcasting in 2007 – the same year which saw Brian May achieve his doctorate – 36 years after he began his studies but set ‘to one side’ to concentrate on music.

With Armagh Observatory speaking out in support of the Asteroid Awareness campaign, one local Queen fan took to Twitter to tweet: “Wonderful…my local Observatory! Wonder if we will get a wee visit by Dr May some day?”