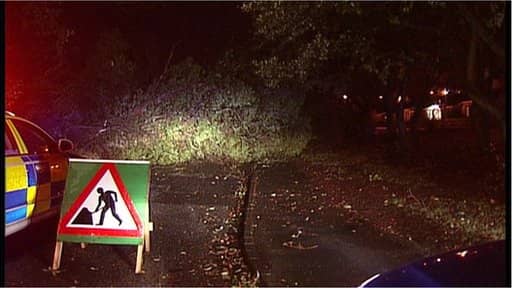 Powers cuts are affecting much of the district tonight as a result of gale force winds.

Many homes found themselves without electricity from tea-time one.

And according to local SDLP Councillor Sharon Haughey-Grimley, it is a widespread fault.

The local representatives has again been in touch with NIE.

She said the fault had been affecting areas around parts of Armagh and into south Armagh, including Keady, Granemore, Tassagh, and as far as Whitecross and Mountnorris.

Councillor Haughey-Grimley has been informed the outage is down to equipment failure.

And she added: “Unfortunately there is no estimated time for restoration of power yet, so it could be a long night.

“NIE are aware of fault and will be working on restoration of power.”

Meanwhile, police are urging motorists to take extreme care on the roads.

Already there are reports of trees down and there is the potential for power lines and structural damage too.