'Given the close proximity to a large number of houses, local residents are quite concerned about some of the behaviours. I know of one business in the area that is amending its opening times as a result.' 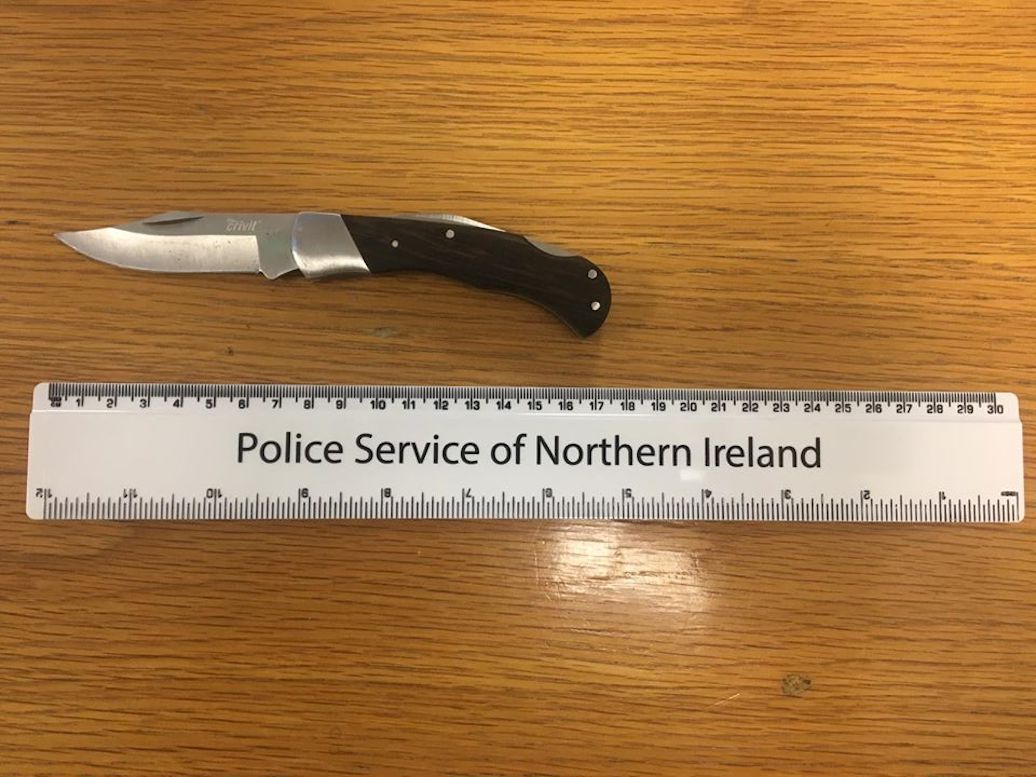 A Portadown councillor has called for Armagh City, Banbridge and Craigavon Borough Council to write to the Justice Minister seeking disposal bins for offensive weapons to be placed around the town.

This follows reports of gangs of youths are allegedly wielding them in the town.

Speaking during a meeting of Council’s leisure and community services committee on Monday, Councillor Darryn Causby said he wanted to put on record his concerns and requested Council does something to tackle the issue

“It would be remiss of me not to raise the issue of anti-social behaviour at Jervis Street in the alleyway between Jervis Street, Alexandra Gardens, West Street and Fox Street because it is currently a hot spot and has been presenting some major issues,” said Cllr Causby during a discussion on Council’s planned collaborative approach to addressing anti-social behaviour.

“Given the close proximity to a large number of houses, local residents are quite concerned about some of the behaviours. I know of one business in the area that is amending its opening times as a result.

“Sadly, there is also the issue of young people potentially carrying weapons with them and I want to put on record my concern about that and make an appeal for young people to think twice about doing so.

“I would also like to propose that we write to the Justice Minister, Naomi Long MLA, to get some disposal bins that would allow for young people, who may have carried knives or any offensive weapon to dispose of them.

He continued: “It would provide those who have perhaps been made to carry them by someone else and feel unsafe doing so, with a safe place to get rid of it.”

“I suppose what I am asking for is a facility available for people so they could dispose of knives and offensive weapons safely and securely and potentially anonymously to get those weapons off the street.

“I am greatly concerned about this issue. We have seen the levels of anti-social behaviour rising around Portadown in particular and this includes violent incidents which have sadly resulted in the loss of life and life changing injuries.”

Councillor Margaret Tinsley seconded Cllr Causby’s proposal to write to the Justice Minister and called for an upgrade to CCTV cameras within the town.

“It would be remiss of me if I did not ask about our CCTV,” she said. “I know it is not solely the responsibility of Council but I just don’t know what it is going to take for the other agencies to see the benefit.

“We have been, as a council, to other areas and have seen how successful the model is, yet we still have not moved forward in this area.

“I think there is a lot of work that can actually really be strengthened, especially when it comes to identifying things very quickly that could stop situations escalating if we had decent CCTV.

“The time has come, we need it upgraded and we need to be looking at this and I would like to see something moving forward with this.”

The committee’s Chair, Councillor Keith Haughian said it may also be worth raising the issue of the disposal bins with the PCSP.

“With regards to the bins for possible offensive weapons, it may be worth picking that up through PCSP,” said Cllr Haughian.

“I know we had the rapid bin scheme and that was quite successful in some areas and maybe the PCSP could do something on this issue as well.”