“The strength of this ballot confirms that workers at Hyster-Yale stand ready to take strike action which will shut down production on Hyster-Yale’s Craigavon site." 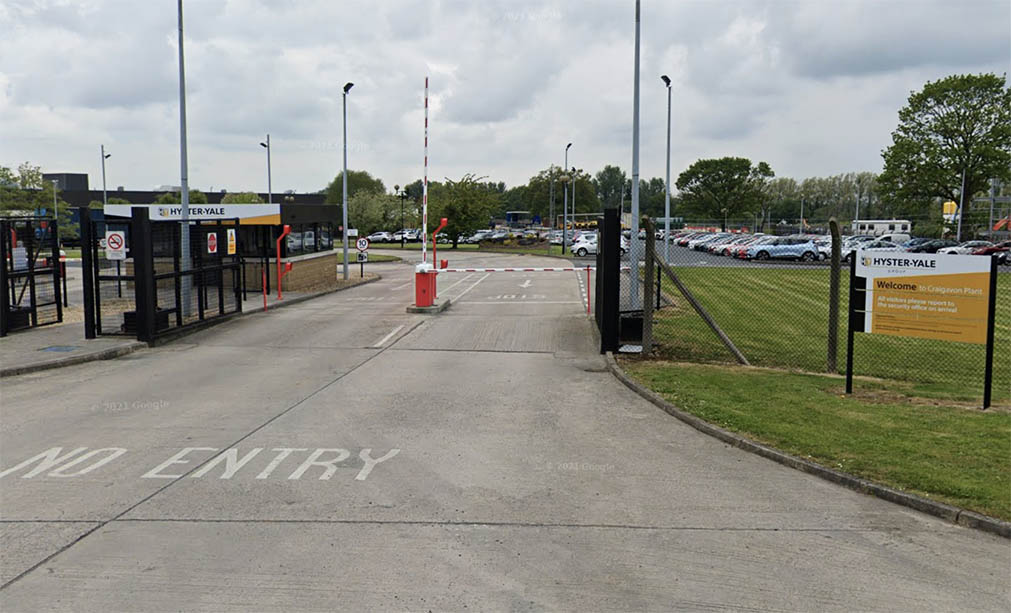 Members of the Unite union at Carn-based forklift company Hyster-Yale have voted by  a 85.3 per cent majority to take strike action.

They are seeking a cost-of-living pay increase.

The strike by 300 plus workers, including engineering and office staff, will shut the site at Charlestown Road, the union has claimed.

The union said members rejected a below inflation offer of 5.5 per cent offer – at a time when inflation measured by the RPI-index is running at 11.1 per cent.

Unite general secretary Sharon Graham offered her support to the workforce saying: “This is an overwhelming vote by the workforce at Hyster-Yale and a resounding rejection of a pay offer that does little to protect workers who are facing surging inflation.

“Unite the union’s members across the economy are organising to defend themselves and their households from the cost of living crisis.  Our members at Hyster-Yale have the full support of Unite in their fight to secure a genuine pay increase.”

Deputy regional secretary for the union in Ireland Davy Thompson commended the strength of the ballot result, saying: “The strength of this ballot confirms that workers at Hyster-Yale stand ready to take strike action which will shut down production on Hyster-Yale’s Craigavon site.

“The ball is now squarely in the court of management – they need to return to the table with a pay increase offer that reflects the cost of living pressures our members are experiencing.

“In the absence of such a move, Unite will be left with no alternative but to notify Hyster-Yale of a commencement date for strike action.”