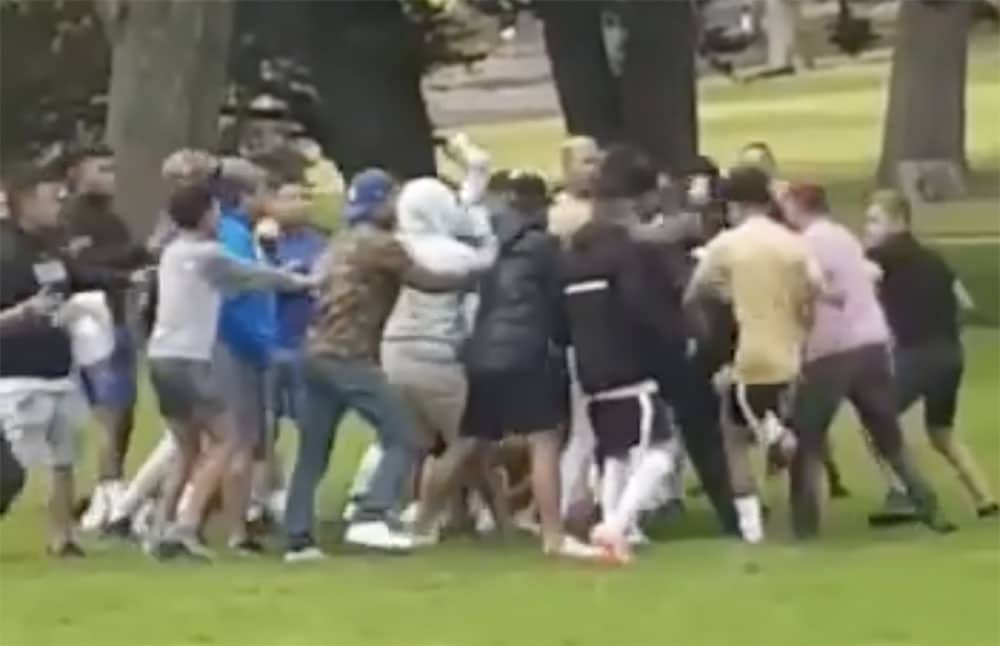 Four men have been arrested after a man was stabbed during a mass brawl in Portadown’s People’s Park on Sunday afternoon.

The altercation came during a football game between in the park shortly after 4pm.

A police spokesperson commented: “At approximately 4.10pm, a report was received that a fight had broken out following a match in the Park Road area of the town.

“One man, aged 22 sustained a stab wound to his shoulder.

“Four males, aged 16, 18, 31 and 53 were arrested on suspicion of offences including assault occasioning actual bodily harm. They have since been released on bail pending further enquiries.”

A report can also be made online using our non-emergency reporting form via http://www.psni.police.uk/makeareport/.