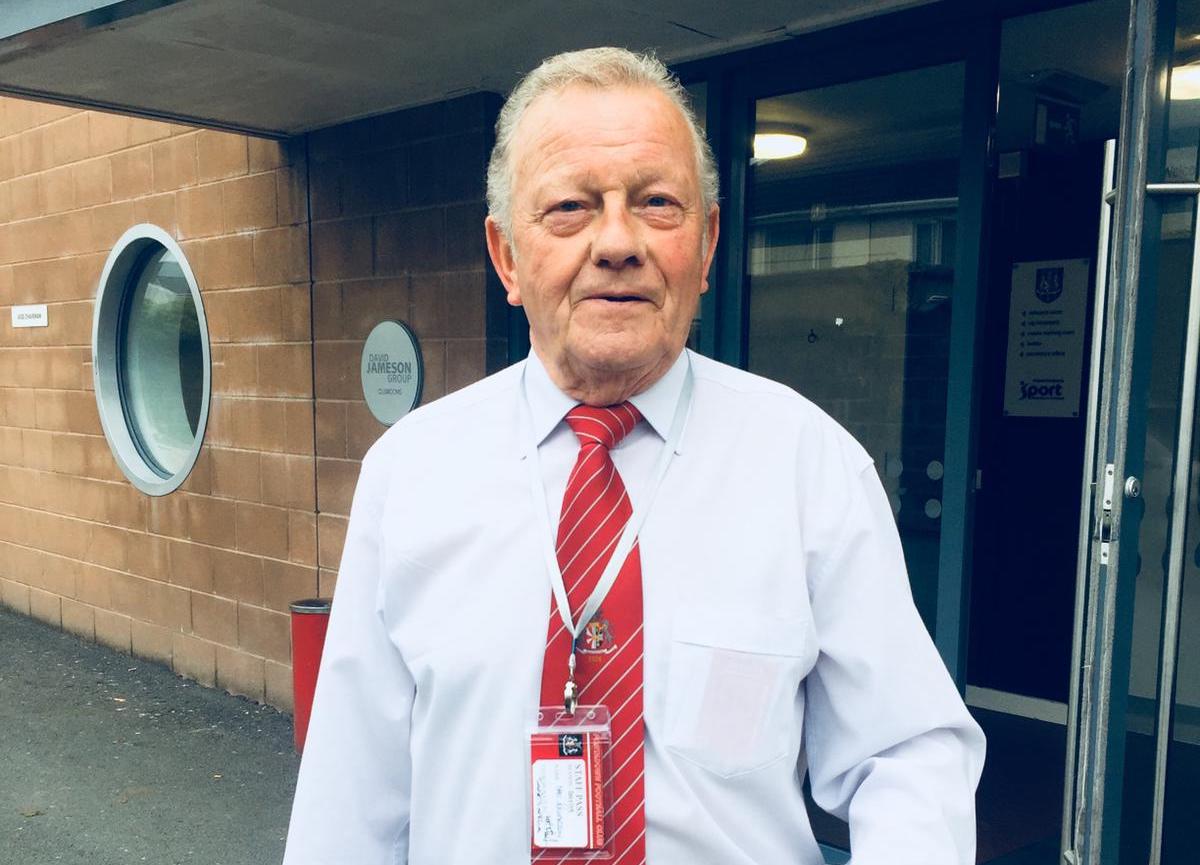 Tributes have been paid to a Portadown FC stalwart who served the Co. Armagh club as a volunteer for a staggering 70 years.

Nat Richardson passed away at the age of 81 – he would have been 82 on Saturday.

Portadown – the club he was devoted to his whole life – led the tributes to a club legend.

“Everyone at Portadown FC is devastated to learn of the passing of Nat Richardson,” said a club statement.

“Nat was a volunteer at PFC for an amazing 70 years & the true epitome of a club legend – Mr Portadown FC ❤White heart.

Club chairman Ronnie Stinson told the Newsletter: “He was a true Portadown great with a deep love and passion for the football club and town.

“One of the most devoted and selfless figures in Portadown Football Club history, Nat would step in and help in any way possible at any time.

“Nothing was ever too much when it came to the club and he did everything imaginable.”

Portadown FC Youth tweeted: “A gentleman and a true football man who loved to support all parts of the club in anyway he could. Will be sorely missed and the club would like to extend its sympathies to Paul, Zach and the family circle at this sad time.”

Everyone at Portadown FC Youth is saddened at the passing of Nat Richardson a man with over 70 years of service to Portadown FC. Nat was also a regular at Youth games at Brownstown Park and beyond with his son Paul a Coach and Grandson Zach a player with our 2008's. pic.twitter.com/OcZ1QDGMIf

Hanover F.C. tweeted: “All at HFC are saddened to hear of the passing of Nat. Great servant to Portadown FC over so many years. Our thoughts and prayers are with Nat’s family and friends at this time. Blue heart.”

We are Ports TV commented: “The committee of WE ARE PORTS are devastated to learn of the passing of esteemed member Nat Richardson.

“A club legend in every sense of the word who lived and breathed Portadown FC. Our sincere sympathies to Nats family and friends at this difficult time.”

Jason Taylor added: “One of reasons I started supporting Portadown as a child. Uncle Natt always looked after us at the club, a true gent who will be sorely missed.”

Dean Irwin said: “Very sad. Known Nat for years, a lot of time for him, as did he for everyone else, a gentleman, will be greatly missed. That is a huge loss for family, friends and Portadown Football Club. Thoughts with family at this sad time. Rest easy Nat, one of the best Red heartWhite heartBroken heart #PortsFamily.”

Carla Lockhart MP said it was very sad news: “Only a couple of weeks ago I was talking to him. My thoughts and prayers are with his family.”

Deane commented: “Heartbreaking news. One of life’s true gentlemen. Always one of the first faces you’d see at Shamrock Park, there to meet you with a smile , a joke and a bit of craic. He will be sorely missed.”

Alfie Stewart added: “Players wear the label of legends, greats or heroes but in reality people like Nat are the greats. My friend of over thirty years who was a friend in sunshine or adversity. Of all my time in football he stands above all in my admiration and respect. I’ll miss him greatly.”

Chairman of Linfield FC, Roy McGivern said: “Deepest sympathy from everyone at Linfield FC. People like Nat are the backbone of all of our clubs and we will miss his friendly welcome at Shamrock Park.”

Shamrock Pk has lost a keystone today but we'll make sure your spirit lives on ❤🤍 pic.twitter.com/ByagIykZOn