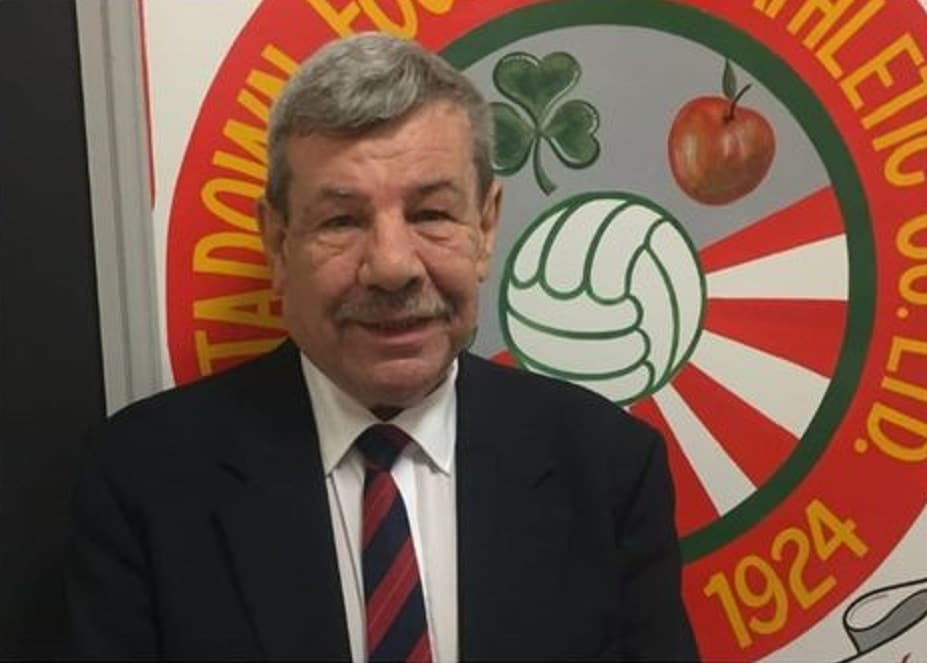 “A sad day for football” as many have paid tribute following the passing of the chairman of Portadown FC, Ronnie Stinson, after a long battle with illness.

The football club, which confirmed the news on Wednesday morning, described Mr Stinson as a “faithful clubman and a dedicated volunteer”.

In a statement they said: “Everyone at the club would like to pass on their sincere, heartfelt sympathies to the family and friends of Ronnie.

“Ronnie will be sadly missed by all at Portadown Football Club and the wider community in which he served for the majority of his life.”

Portadown goalkeeper Ben Pierce tweeted: “RIP Ronnie. A true gentleman and someone that ever since I joined the club always made you feel welcome.

“He will be sadly missed by everyone involved with Portadown FC and I send my thoughts and condolences to his family and friends.”

Others paying tribute to Mr Stinson  as “a great servant”, “a gent” and a “lovely man” who would be sadly missed.

One man commented: “A great clubman, PFC through and through. If it was not for Ronnie there would not be a Portadown FC now.”

Another stated: “Sad day for football, I really liked Ronnie a man of his word and straight talker who helped me out many times”.

Great words also flooded in from football clubs up and down the country who paid their respects to the late Portadown man.

Ballinamallard United FC described Mr Stinson as “a very decent and modest man” as they offered their sympathies.

The Hanover FC Youth Academy said: “Ronnie was well liked and respected by everyone in the local football fraternity.”

“He was widely respected within Irish League football and deserves tremendous credit for steering Portadown through some very difficult times during the last decade. The Premiership has lost a real football man and is the poorer for his passing.”

Describing it as “a huge loss to local football”, Richhill AFC stated: “Ronnie was a man who stood up and took control at Portadown in the darkest days, helping to steer the ports into a new era and way of thinking.

“He leaves behind a great legacy and had made a huge impact on so many involved with the club.”