Vehicles damaged during incident in Portadown 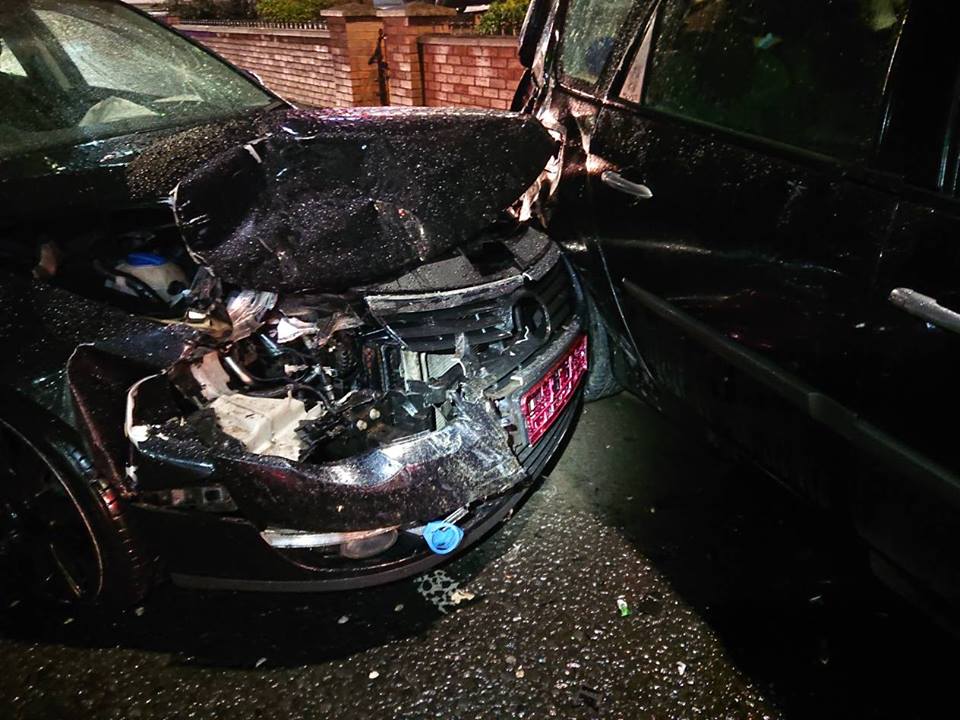 Police have arrested a woman after responding to reports of a suspected drink driver in Portadown.

Officers from Portadown, Craigavon and Lurgan were involved in the operation on Tuesday night.

The woman’s car collided with a car at Bridge Street in Portadown. It also struck another a short distance away, shunting it into a third.

A member of the public intervened and the keys were seized.

A woman was later arrested and a breath test taken.

According to police in Craigavon, the suspected drink driver returned a reading of almost four times the legal drink drive limit.

The PSNI – sharing details of the incident on social media – posted a picture of a damaged vehicle and thanked all those who had intervened and helped.

“This could have been much much worse,” they said. “Indeed as passers by commented, ‘If I’d been on that footpath I’d be dead now’.

“Yet again, the carnage of drink driving laid bare. The suspected driver has just blown nearly four times the limit in custody.