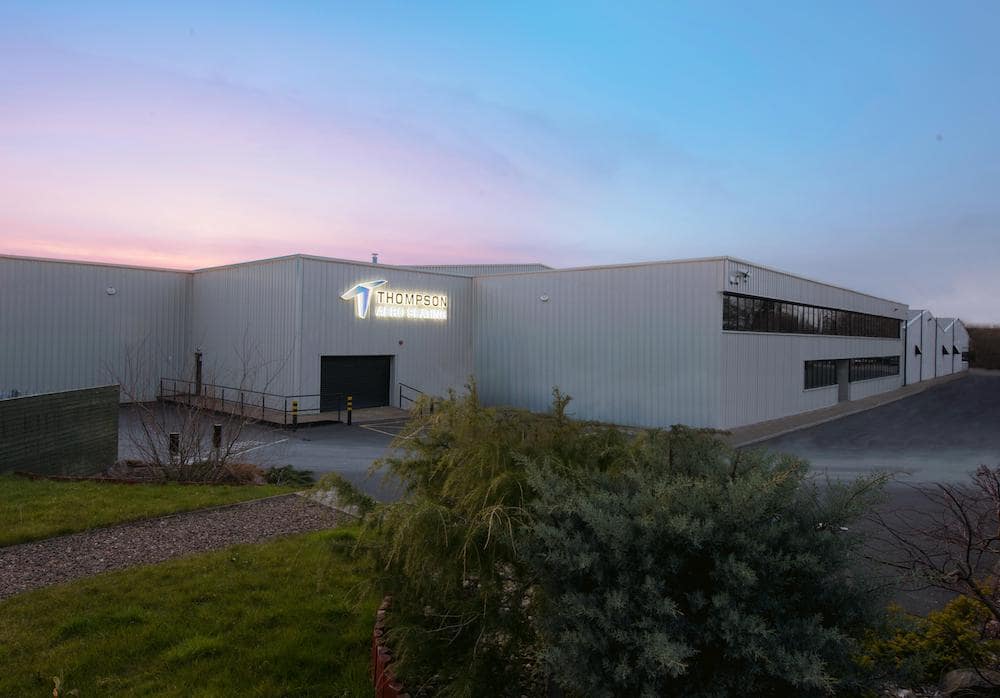 Portadown-based Thompson Aero Seating is actively recruiting for a range of specialist roles after a number of recent and significant global contract awards.

It comes after several major job losses announced over the past 18 months as result of the huge impact Covid-19 had on the aerospace industry.

Running as what it described as a “leaner company”, Thompson confirmed recruitment plans.

With a continued focus on designing and manufacturing high-quality, bespoke business-class seating products, Thompson continues to be a major player in the aerospace industry.

In addition to recruiting for new roles, a staff training scheme has been launched internally to develop and support staff through dedicated courses and programmes.

News of the company’s plans for the future came as it recently hosted a visit from key figures from the Makers Alliance, an organisation which represents the voice of the manufacturing industry in Northern Ireland, to give them an insight.

The joint Chief Executives of the Makers Alliance, Mark Huddleston and Mark Nodder, met the Thompson senior management team and enjoyed a tour of the Thompson facilities at Seagoe. A significant employer in the local community, Thompson says it had to make some hard decisions within the last 18 months, following the effect of the global pandemic on the aerospace industry. During this time the company focused on developing a plan for recovery and a positioning strategy to meet the future requirements of the aerospace industry.

Coinciding with the Royal Society of Engineering’s, ‘This is Engineering Day’, visitors were introduced to Project Phoenix, the programme of developments and projects which are transforming Thompson and preparing the business for continued success and growth.

Speaking from the Portadown site, Mark Nodder, Joint CEO, Makers Alliance said: “We have been hugely impressed by what we have seen and heard at Thompson. It speaks volumes about the company, its leadership and its people, that Thompson has been able to reimagine its business and plan once again for growth.”

“It has faced challenges head-on; using innovation as a way to transform its business and place it in a position of strength for the future.” Speaking about the visit Neil Taggart, Vice President and General Manager of Thompson Aero Seating, said: “I am delighted at the success of the visit, which gave us the opportunity to discuss our plans for the future with professional business minds whose experience and external perspective have proved very useful.

“Reshaping Thompson Aero Seating as a foremost global company and leading manufacturing business in Northern Ireland is key to our future, and this was recognised and supported by our visitors from the Makers Alliance.”