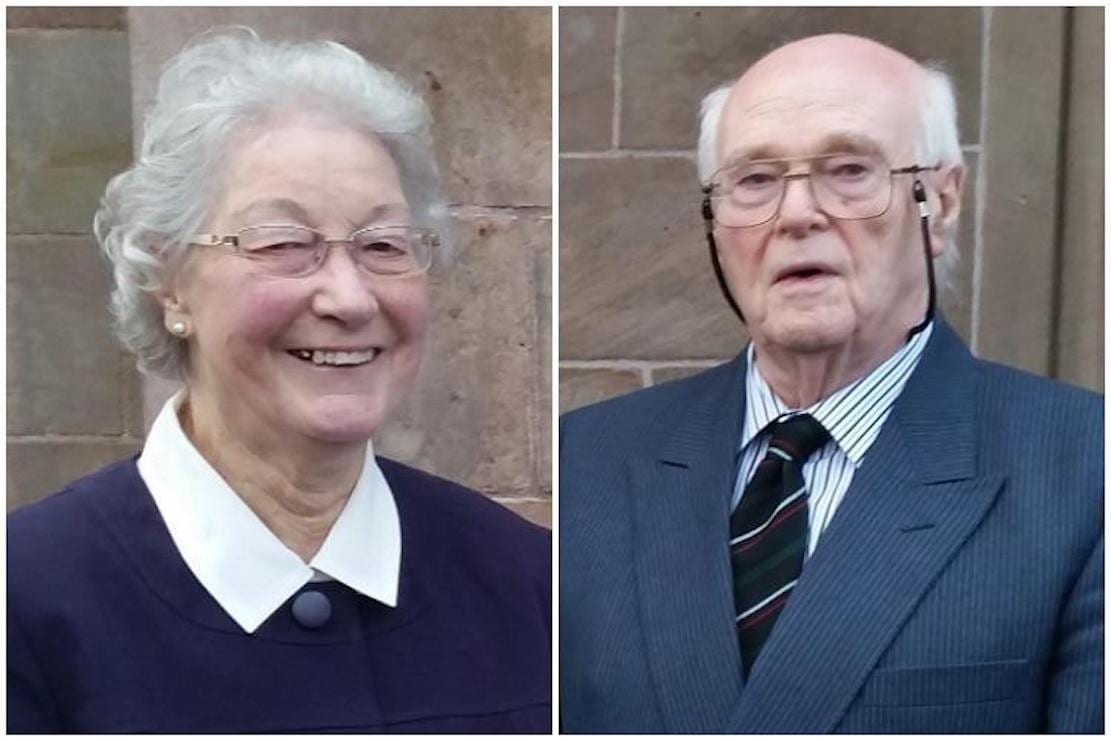 Thomas Scott McEntee, 40, appeared in the dock surrounded by two psychiatric nurses, as he stood accused of the brutal murders of Michael and Marjorie Cawdrey last May.

McEntee, with an address at Moorfield Court in Kilkeel, is currently being held at the Shannon mental health clinic.

The family of an elderly couple killed in their own home came face-to-face with the man accused of their murder on Friday.

The accused confirmed he was aware of the nine charges against him, as the Cawdery family sat in the public gallery to the rear of the courtroom.

The couple, both 83-years-old, were found dead in their home in Upper Ramona Park, Portadown on Friday, May 26.

McEntee is alleged to have stolen a cheque book and keys from the house before stealing the couple’s car.

As well as two counts of murder, he is also charged with aggravated burglary and aggravated vehicle theft of a Renault Kangoo which was damaged.

On the same date, McEntee is also accused of two counts of theft, stealing a bottle of red wine, a torch and a compass, indecent exposure.

Two days before the murders, on May 24, he is alleged to have burgled a house on Derrybeg Lane in Newry where he allegedly stole a key.

Prosecuting lawyer Joseph Murphy told the court there was a clear Prima Facie case to answer for the defendant, which the defence had no argument with.

McEntee was remanded back into custody with the case to continue at Belfast Crown Court at a later date.