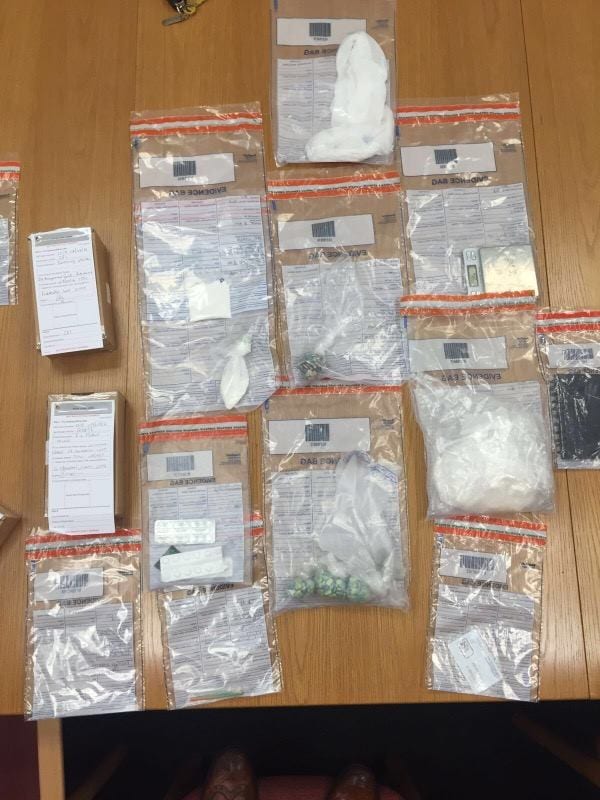 A 28-year-old man has been charged after drugs were seized in Co Armagh last night (Wednesday).

He is due to appear at Craigavon Magistrates Court on Wednesday, October 5.

The charges relate to a search in the Annaghview Court area of Portadown on the evening of Wednesday, where suspected class A controlled drugs with an estimated street value of £20,000 were seized.

A 32 year old woman who was also arrested has since been released on police bail pending further enquiries.

The operation came on a day when police in Armagh, Banbridge and Craigavon District said they would be focusing on the issue of drugs during the month of September.

Whilst local policing continues, they are raising the awareness of the issues surrounding drugs and what the PSNI and partner organisations are doing in the area to address it.

The PSNI says it is continuing in its work to disrupt and arrest those involved in the sale and supply of drugs, bring those individuals before the courts and work with communities and partner agencies to reduce the threat of harmful and illegal activity.

District Commander, Supt. David Moore said: “I would continue to ask communities to provide us with information about illegal drugs. If you tell us, we will act on it. That’s our commitment.

“Our message is clear and simple: if you see or know of anyone who is dealing drugs in your local area, then contact your local police on the non-emergency number 101 or alternatively you can contact the independent charity Crimestoppers anonymously on 0800 555 111 and pass on any details that you may have.”