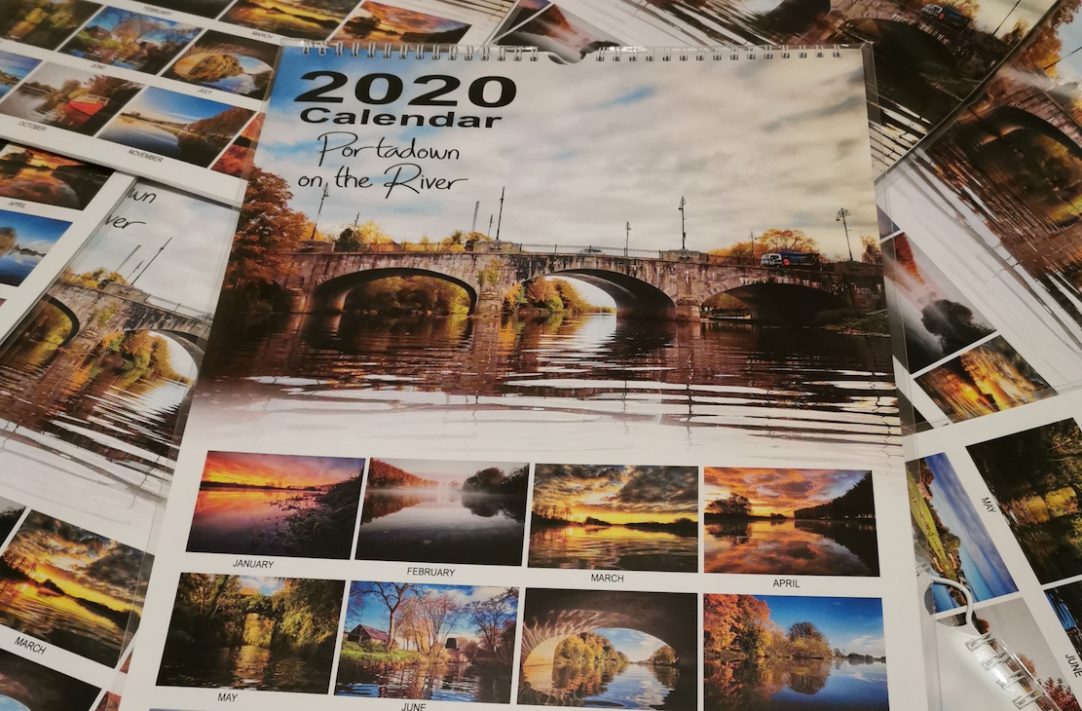 A new calendar featuring stunning pictures of the beautiful River Bann has gone on sale – with proceeds going to three very worthy causes.

The calendar features images posted by Jon Medlow to the Portadown ‘Back in the Day’ Facebook group.

Due to popular demand, his pictures, which received a fantastic response, have now been included in a calendar which already has orders from around the world.

And it is on sale in local shops too, an ideal Christmas present which will help swell the coffers of Action Cancer, Macmillan Cancer Support and Portadown Cares.

Every single penny raised will go to help those chosen charities so you can be sure your money is being put to good use!

Jon explained: “All the photos were taken during clean-up sessions to remove litter from the River Bann in Portadown and they showcase the amazing scenery in the town, on the river.

“The Portadown ‘Back in the Day’ group has over 8,000 members, local people and those living abroad, and was set up by Willie Fenton who admins the group.

“Within a short space of time of posting the photos, members from near and far were liking and sharing the post, with some commenting that a calendar should be produced.”

Jon’s interest was piqued and he thought he could turn the idea into a money-spinner to help local charities help others when they need it most.

He added: “I asked in the group that if a calendar was produced what would be the likelihood of people purchasing it? Quite a few said they would and so I set about designing it.

“Wondering what to do with the money made from the sales, it was agreed that the founder of the group Willie Fenton would select the charities to benefit from the money raised.

“The cancer charities Action Cancer and Macmillan Cancer Support were chosen as they were close to his heart, and we also wanted money to go to a local charity, Portadown Cares, who work for the entire community.

“With the help of a local firm, Sparks In Colour, who worked on the design with me – even after closing time and late into the evening – we had a calendar idea designed, printed and in the shops within 12 days!” 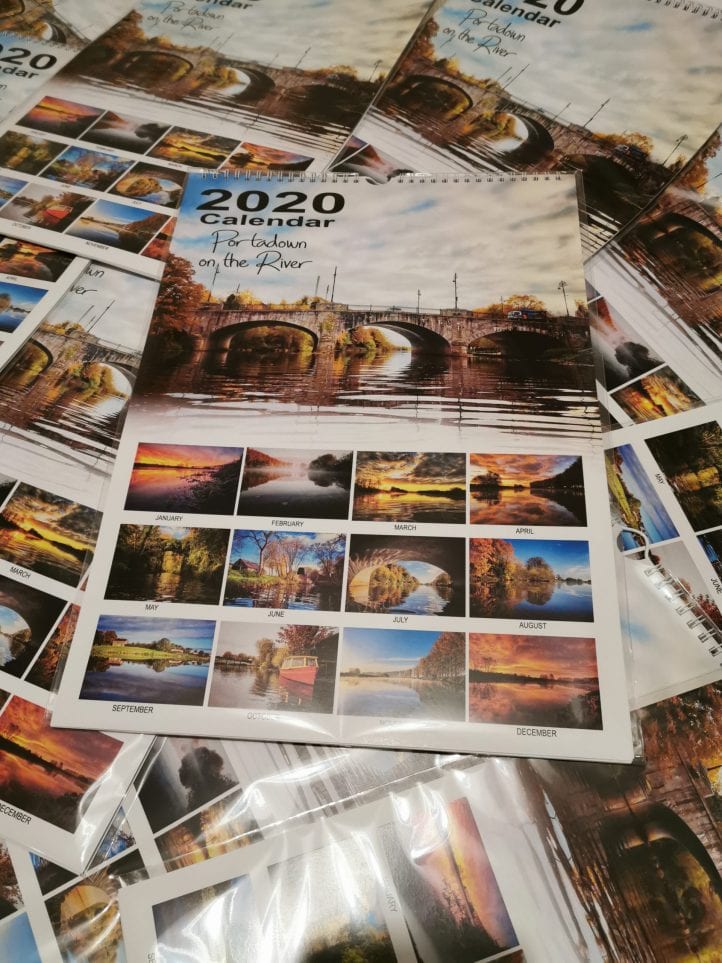 The calendars, priced £10, are on sale in Portadown Cares, High Street Mall; Ground Espresso, Old Pumphouse, Bann River; Castle Hardware, Market Street; Williams Estate Agents, West Street; and Smyth & Cleaver Food Hall on the Armagh Road. Other stockists are coming on board on a daily basis due to the popularity.

Calendars can also be purchased by those living abroad simply by leaving a message on the Facebook group Portadown ‘Back in the Day’.  Already people have been placing orders from many far-flung parts, from England to as far away as Australia, Canada, the United States and the Cayman Islands.

The calendar really is something special and for a tenner it’s hard to beat. That’s 366 days – yes 2020’s a Leap Year!! – of stunning scenery and incredible images from our wee part of the world!

Get your’s now – or buy as a gift, it’ll be much appreciated – and help make a difference to others this Christmas season!