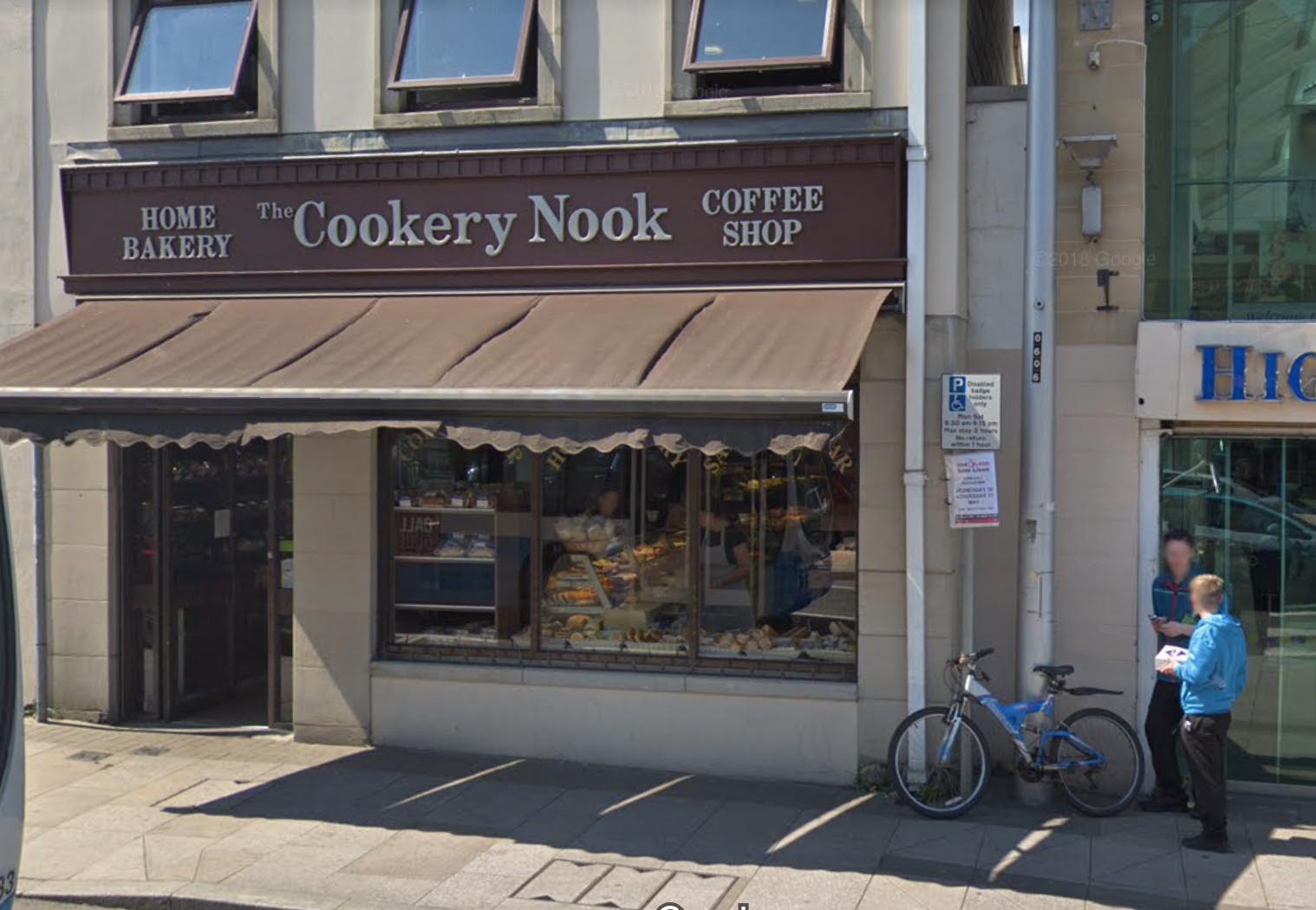 Staff at a Co Armagh bakery have been left “saddened” and “sickened” after discovering their store had been raided overnight.

The Cookery Nook in Portadown had a safe containing a significant amount of money stolen during the break-in in the early hours of Friday morning.

Commenting on their Facebook page a bakery spokesperson said: “You can understand our surprise when our staff opening up our High Street. Portadown, store to see that we had been burgled.

“The safe is gone along with a substantial amount of money.

“They have also caused substantial damage in the shop, bursting doors, breaking locks, etc. We think it would have occurred between midnight and 6am.

“The safe is extremely heavy and would require at least four strong men to move it out onto the main street and onto a vehicle.” They said they were “very sickened, saddened and shocked” at the incident at their popular town centre store.

“Help the PSNI try to track this filth down,” they added.

Sergeant Meaney, who is leading the investigation, said: “Sometime between 9:30pm on Thursday, October 18 and 7.30am on Friday, October 19, it was reported that entry was gained to a shop in the area.

“A sum of money was taken during the incident. Enquiries are continuing.

“We are appealing to anyone who saw anything suspicious in the area at the time of the incident to contact police on 101, quoting reference number 226 19/10/18.