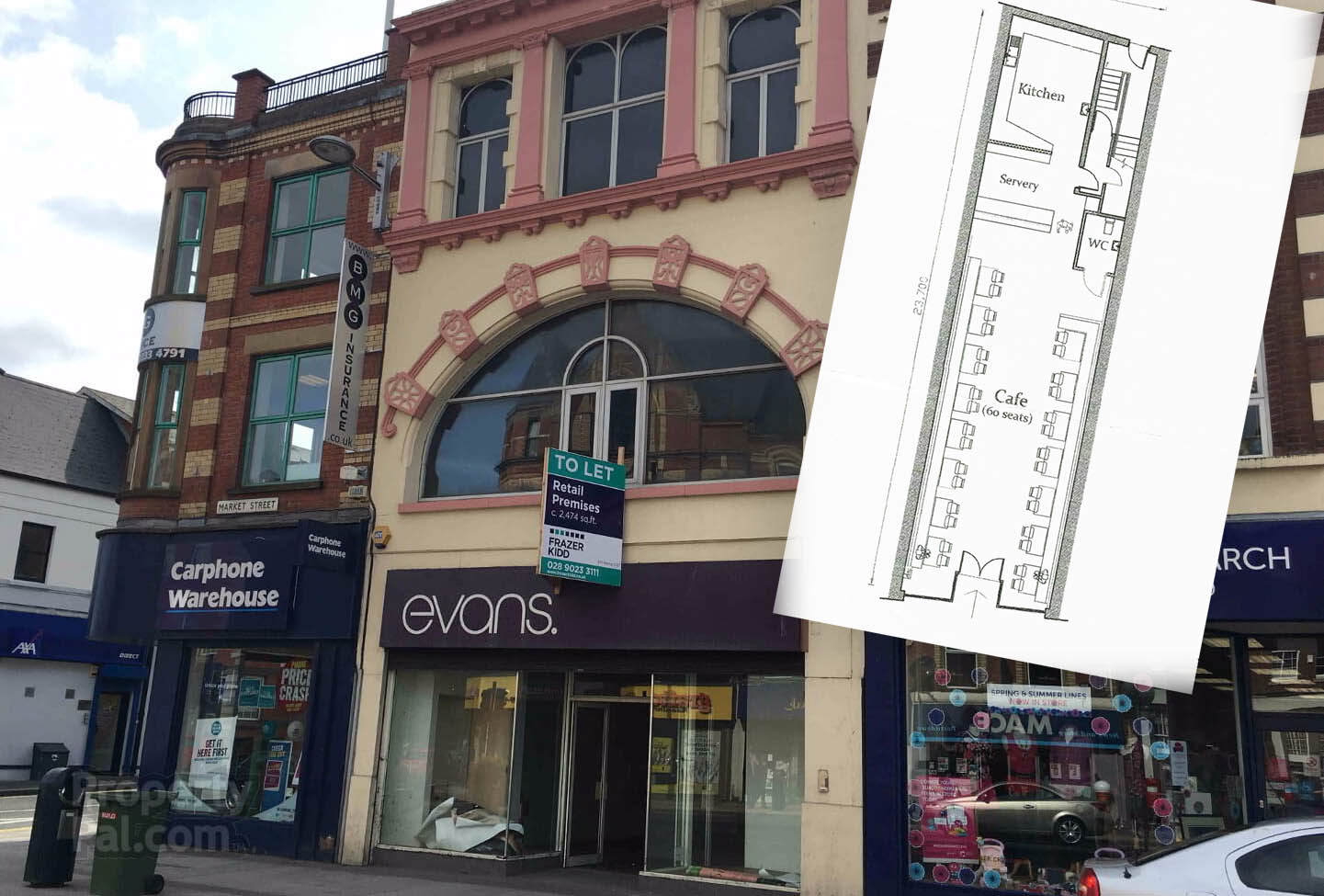 A new cafe and restaurant could be on its way to Portadown.

A proposal is in place to open a new eaterie at the former Evans clothes store.

The premises is located in a prominent position at Market Street, next to the Carphone Warehouse Store.

The Belfast-based Clear Group Ltd – which also has an interest in children’s daycare services – has submitted the proposals for a change of use of a vacant clothing retail unit.

It would see the creation of a 60-seater cafe and restaurant on the main town thoroughfare.

The application, due to be advertised shortly, has been submitted to Armagh City, Banbridge and Craigavon Borough Council for consideration.

It would be the latest investment in culinary enterprise within the town centre, with confirmation in recent times of both Bob & Berts and Greggs announcing plans for Portadown.

No specific name has been linked to the operator of the new planned premises.