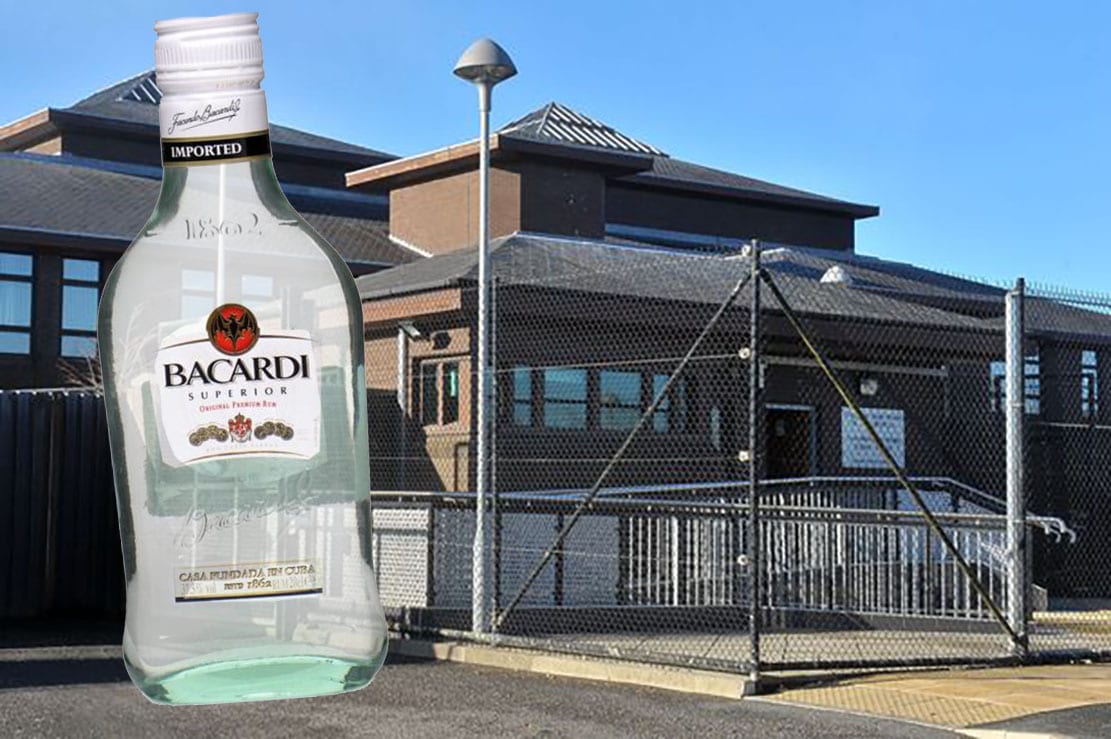 A Portadown woman, found by police driving more than three times the legal limit in the middle of the day, had a bottle of rum on her lap.

A judge told the 37-year-old “if you choose to tell everyone else that you are not an alcoholic then you will not get the help that you need” after she lied to probation.

Cathy Gordon, 37, of Baltylum Meadows, pleaded guilty to driving with excess alcohol, using a vehicle without insurance, no driving licence and failing to provide a specimen of breath at Craigavon Magistrates’ on Wednesday.

It was heard that on August 16, at around midday, police were forced to brake abruptly as a Peugeot 307 pulled out of a side road in front of them on Market Street, Portadown.

Officers stopped the car to speak to the defendant, who they noted smelt of intoxicating liquor, and had slurred speech.

Gordon took a preliminary breath test which produced a fail.

Checks of the car showed that it did not have a valid insurance policy.

The defendant informed police that one had not been put in place as she had only purchased the vehicle in the last few days.

It was heard that officers had to stop Gordon from consuming a bottle of Bacardi rum which she had in the car.

The defendant was taken to Lurgan Custody Suite where she gave a reading of 127mg of alcohol in 100 ml of breath – over three times the legal limit.

Further checks carried out by police showed that Gordon had been disqualified from driving on June 18, of 2014, for 16 months and had never re-sat the appropriate test.

A pre-sentence report had previously been ordered by the court to give alternative disposal options.

District Judge Bernie Kelly commented: “You have given probation a completely different set of facts to the ones that I have just heard”.

Court heard Gordon had told probation that the car she was seen driving in had been parked in her driveway for a year.

She had also told them that she had been drinking the night before despite police stating they had seen her consuming alcohol in her car.

Judge Kelly stated: “If she is going to lie in order to not admit she has an alcohol problem then she will be before this court again”.

She added: “If that reading was achieved from drinking the night before then she would have been on her way to the mortuary”.

Defence solicitor Gabriel Ingram informed court the defendant had purchased the car 12 months prior to the incident but it had been parked in her father’s drive until days before.

He added that when arrested Gordon could not recollect the last time she had taken alcohol.

Judge Kelly retorted: “Well that’s what she should have said then”.

Mr Ingram stated: “She had bought the car to try and pluck up the courage to go back outside, to find work”.

Judge Kelly commented: “This is a seriously high reading, especially in the middle of the day, you are very lucky that the police stopped you.

“Otherwise, you could have been standing in the Crown Court asking how many years”.

She continued saying: “You were caught with a bottle of alcohol in your lap, you have to realise you are an alcoholic, to be in that state at that time of the day.

“If you choose to tell everyone else that you are not an alcoholic then you will not get the help that you need”.

Gordon was sentenced to three months in prison suspended for 18 months.

She was handed a three and a half year driving ban and ordered to pay a fine of £100, along with the offender’s levy of £15, within 10 weeks.