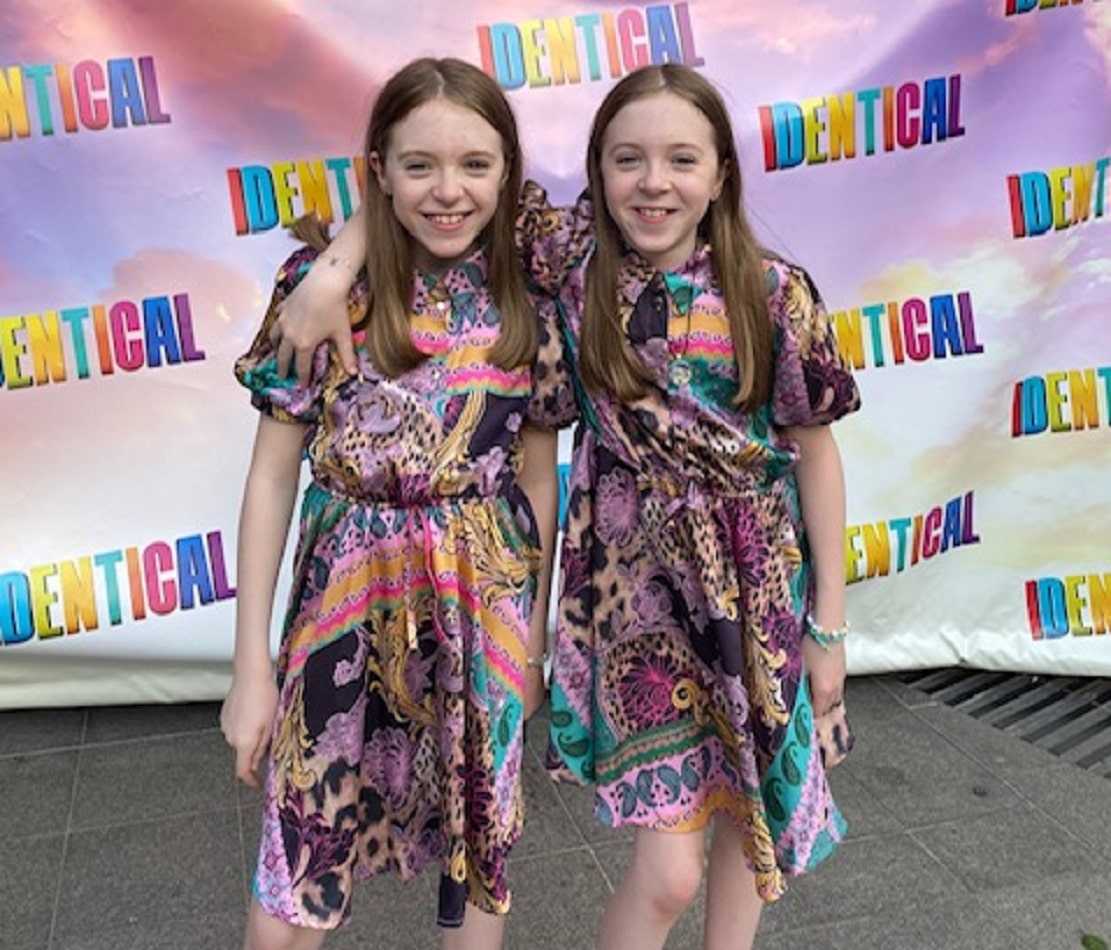 Twin sisters from Portadown are in the running for a major drama award this weekend amid hopes the musical they starred in will make it to the West End.

Kyla and Nicole Fox, aged 12, have been nominated for Best Performance in a Musical in the UK Theatre Awards.

The sisters, who are pupils at Banbridge Academy, will attend the event in the Guildhall in London this Sunday with mum Paula.

The girls beat stiff competition from across the UK earlier this year to play the parts of Lottie and Lisa in the musical Identical.

It tells the story of twin girls, separated at birth but who meet by chance 10 years later, and who attempt to reunite their divorced parents by swapping identities.

The sisters shared the lead role with two other sets of twins and all six girls have been nominated in the category, along with two other adult hopefuls. The musical, which ran over the summer, was directed by Olivier and Tony award-winning Sir Trevor Nunn who is responsible for hit shows including Les Miserables, Starlight Express, Cats and Sunset Boulevard, and was co-produced by award-winning producer Kenny Wax.

Kyla and Nicole attended weeks of rehearsals in London before performing at shows in Nottingham and Manchester to rave reviews.

Their dad Gavin Fox said his daughters had loved every minute of their experience and that the reviews, for both the show and their performances, had been “fantastic”.

“They were nominated a couple of weeks ago and it’s quite a prestigious award,” he said. “I got to watch them on numerous occasions and the press reviews were so positive I knew they had done pretty well.

“They have had an amazing opportunity to work with the best in the industry and are mad keen to go back to it.

“The people in charge are hoping it will go to the West End but we just have to wait and see what happens.”

Mr Fox said that after the excitement of the summer, the girls had “fitted right back” into school and musical theatre and drama classes at Portadown-based Keegan Company Performance (KCP).

The girls, described by their mum as “bubbly, outgoing and very sociable” hail from a musical family. Kyla plays the guitar and Nicole the piano, younger sister Abbie plays the drums and mum Paula also sings.