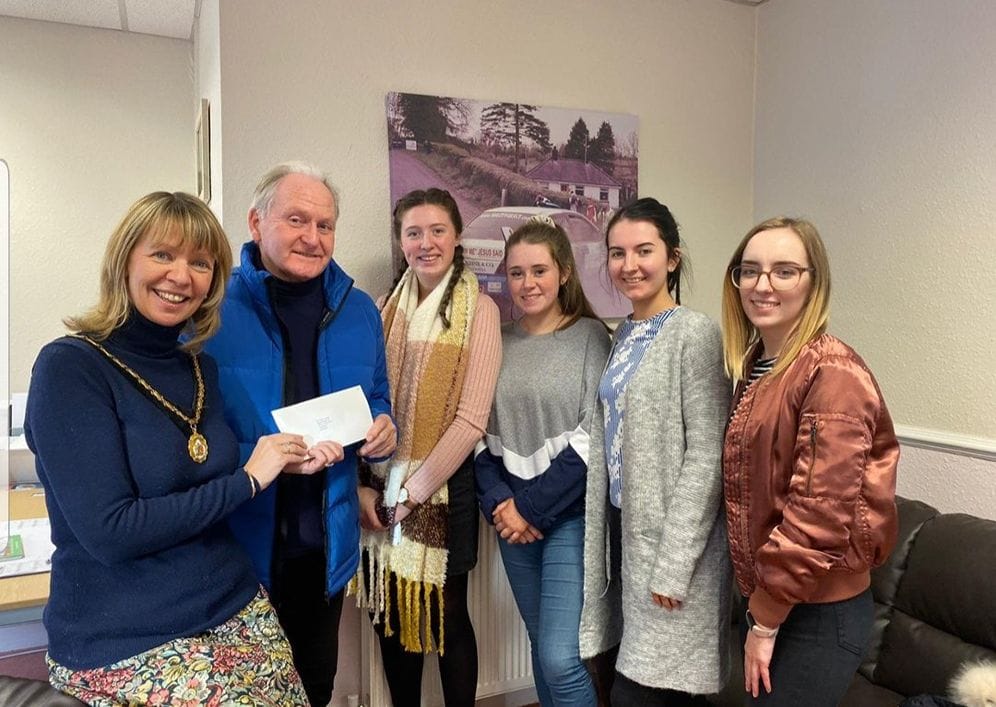 A Co. Armagh suicide prevention charity is seeking a new hub after the sale of their current home was confirmed earlier this month.

The Yellow Ribbon Suicide Prevention Programme has been active in the Portadown area for over a decade and was created in the wake of the many suicides in the Laurelvale area back in 2007.

Started by psychologist, Dr Arthur Cassidy, the charity began life at the Ashgrove Community Centre on the Garvaghy Road in Portadown before setting down roots on Church Street.

Earlier this month, Dr Cassidy confirmed that a sale had been agreed on Yellow Ribbon’s residence and appealed for help in finding a new location to carry on their 24/7 mental health work but to no avail.

Speaking to Armagh I,  Dr Cassidy stressed the importance of the service which Yellow Ribbon supplies in Portadown and further afield.

“After the Laurelvale suicides, I knew I had to do something, but we’ve never taken any government funding, we did not go down that route because at the time – and it is not much better now – you had to go through Protect Life Strategies as it was then.

“I didn’t want to duplicate PIPS; they do amazing work providing counselling and training but there was no psychological services in the area.”

Concerned that many people seeking help were languishing on waiting lists for up to a year, Dr Cassidy spoke with colleague Gerry McVeigh about setting up something for the community.

“Some were waiting over a year and by the time they did get the help they needed it could be too late,” Dr Cassisdy said, “we had seen a rise in suicide and self harm, so we got a committee together.”

According to Dr Cassidy, it was important right from the start that Yellow Ribbon was there to serve people from any community.

This would later lead to a move to their Church Street HQ, which has been the home of the suicide prevention programme, which provides 24-hour support, for the last ten years.

“The local people had been amazing in helping up improve the place over the years, from painting, to new toilet facilities, they really have been an amazing support.

Dr Cassidy said that the service that Yellow Ribbon supplies is a great benefit to the health service as it prevents clogging up of A&E departments and as he puts it “cuts through the red tape”.

“These people could be dead by time they get seen to,” he said. “I did speak with the Southern Trust but they normally don’t like people going out on their own but I had been a psychologist for many years and I needed to do something.”

Dr Cassidy, along with Gerry McVeigh, also receive GP referrals from the nearby Portadown Health Centre in order to make sure a service is provided quickly.

“We will take them on for a 10 or 12 week course, that could be CBT (Cognitive Behavioural Therapy), or perhaps working on some problem solving and at the end we will point them in the right direction”.

However, trouble brewed when earlier this month Dr Cassidy learned that a sale had been agreed on the Church Street property.

“I tried to make an appeal through social media but it fell on hard ground; we don’t know how long we will be in it, but we probably be out by Cctober time roughly.

“That is coming into the winter time, which will see an upsurge in depression, along with post-Covid depression”.

“If we did that we would be closed in two years time, all the hard work would have been a waste and the community still needs our help.”

He added that many had kindly offered spaces such as church halls but due to customisations needed such as 24 hour phone lines, 24 hour access and the storing of sensitive documents, it was deemed impractical.