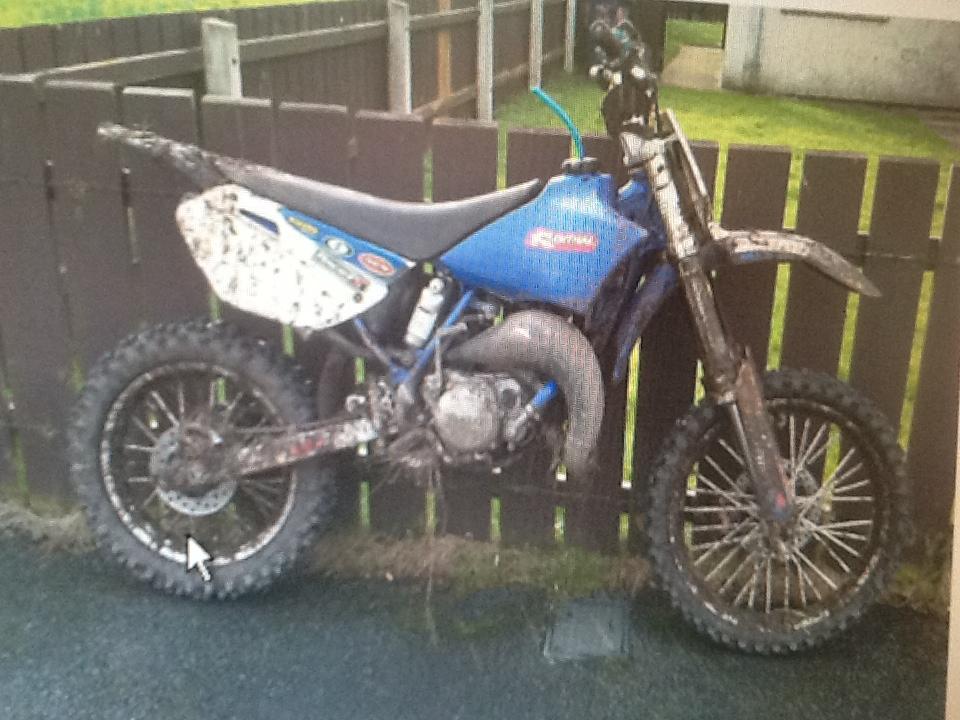 Scrambler owners caught riding them in public parks and play areas will be prosecuted.

The warning has come from Armagh City, Banbridge and Craigavon Borough Council as it reminds the public such activity is contrary to bye-laws.

Therefore, as with bye-laws governing drinking in public places, it would be the intention to take legal action against offenders.

The warning comes after police in Portadown seized two scramblers being used by teenagers.

Brownlow Neighbourhood Policing Team officers were on patrol recently when they observed two scramblers being driven over green areas at around lunchtime.

Police located the scramblers in Westacres and seized the vehicles for no insurance. The scramblers which were seized by police

Constable Julie Lyons said: “The misuse of scramblers causes nuisance and damage to the local community and owners should be aware of the laws governing the use of these vehicles.

“Some scramblers do not comply with ‘Construction and Use’ regulations and Vehicle Safety Standards and therefore are restricted to ‘off-road’ use only. This does not mean they can be driven anywhere ‘off-road’. These vehicles should only be used on private land where you have permission and should not be used on pavements, roads, public property or parks; this includes green grass areas and public paths.

“If your vehicle is designed for use on a road, it should have the appropriate equipment fitted, such as lights and number plates, and the driver/rider should be the holder of a suitable driving licence and insurance.

“If it is not designed for the road and not insured, they can only be used on private lands with the permission of the landowner. Such use is in breach of the Road Traffic Order and carries a maximum penalty on conviction of a £1000 fine.

“We would urge anyone with e scrambler to consider the people living in their community or the areas where these vehicles are being used. I am also asking parents to play their part by watching what their children are doing on these vehicles. The scramblers which were seized by police

“No parent wants their child brought home for any wrong doing but if necessary we can refer an individual to the Police Youth Diversion Officer for prosecution purposes.”

A spokesperson for Armagh, Banbridge and Craigavon Council, added: “Parks and open spaces are areas open to everyone to enjoy. The use of scramblers in our parks is against the bye-laws and it would be the intention to prosecute all illegal users so that we can safeguard our resources.

“Illegal scrambler use in parks causes significant damage to the lands which then require substantial repair work, all at the rate payer’s expense.

“The noise, risk of injury to passers-by and the blatant disregard for other users is a major concern for us as Council facility providers.

“There are proper tracks designed for such use at Sprucefield and council would encourage scrambler riders to consider their own safety and the safety of others when riding their vehicles.”