With his licence recalled in relation to another matter, the district judge said she had 'no option' but to order a period of immediate custody 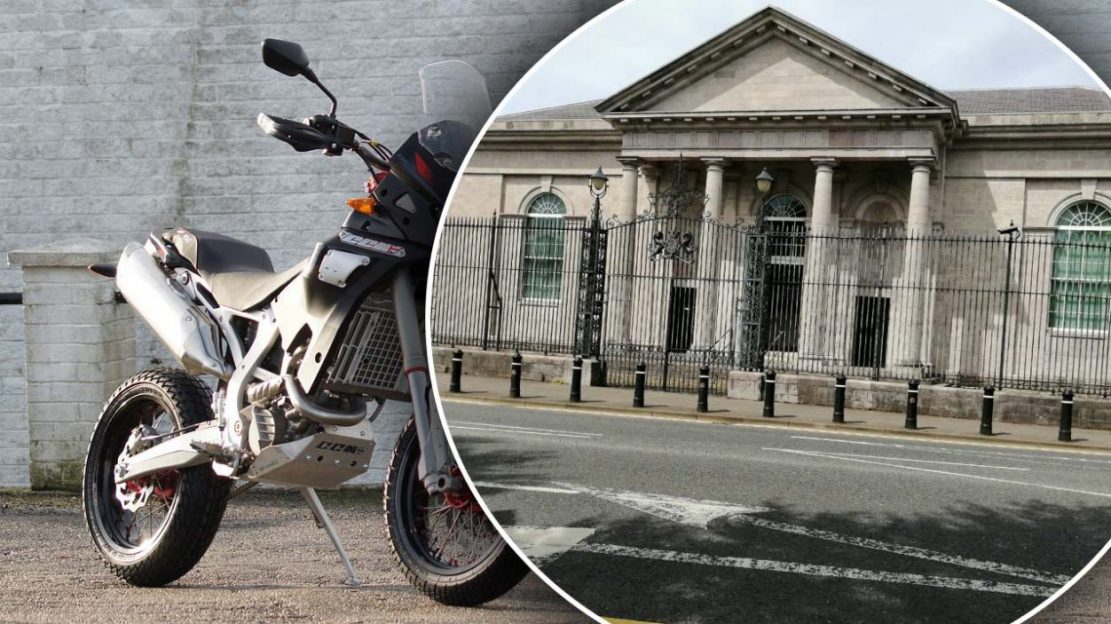 A Portadown man who fell off a scrambler which he had been riding whilst unfit has been sentenced to three months in prison and banned from the roads for three years.

With the 28-year-old having his licence recalled in relation to another matter, the district judge commented that she had “no option” but to order a period of immediate custody.

Ryan Pepper, of Westland Road, appeared for sentencing on driving whilst disqualified, using a vehicle without insurance, driving whilst unfit and driving without due care or attention at Craigavon Magistrates’ Court on Friday, via videolink from Maghaberry.

Prosecution outlined that on July 14, at 5.50pm, police were carrying out enquiries in the Corcrain area of Portadown when they heard the noise of a suspected scrambler nearby.

Officers then observed an orange scrambler being driven along Corcrain Drive, which then turned right onto Corcrain Avenue.

Police ran after the scrambler and spotted the rider, this defendant, fall onto the ground before trying to kickstart the motorcycle again.

Officers managed to reach Pepper before he could start the motorcycle again and removed him from it. It was noted that his speech was slurred and a strong smell of intoxicating liquor was detected.

The defendant was then conveyed to Lurgan Custody Suite and whilst there he provided an evidential sample of breath which resulted in a pass.

During the process, police noted that Pepper’s head was rolling around and they struggled to keep him awake; almost immediately after the procedure he sat down and became unresponsive.

A forensic medical officer and paramedic attended the custody suite to monitor and treat the defendant but he remained unresponsive.

Pepper was subsequently transferred to Craigavon Area Hospital, where he remained unresponsive for a number of hours.

Police had concerns that the defendant’s condition was due to him being under the influence of some sort of drug.

Sentencing in the case had been previously deferred for Pepper not to come to the attention of police and to stay off alcohol and drugs.

However, the defendant appeared via videolink having been recalled on licence for another alleged offence, which defence barrister Aaron Thompson claimed was subject to a withdrawal statement.

He told court that his client had spent large proportions of his life in custody and asked that any sentence would not interfere with his re-release on licence, subject to the other case against him being dismissed.

District Judge Bernie Kelly commented that she had “no option” as she sentenced Pepper to three months in custody and disqualified him from driving for a period of three years.