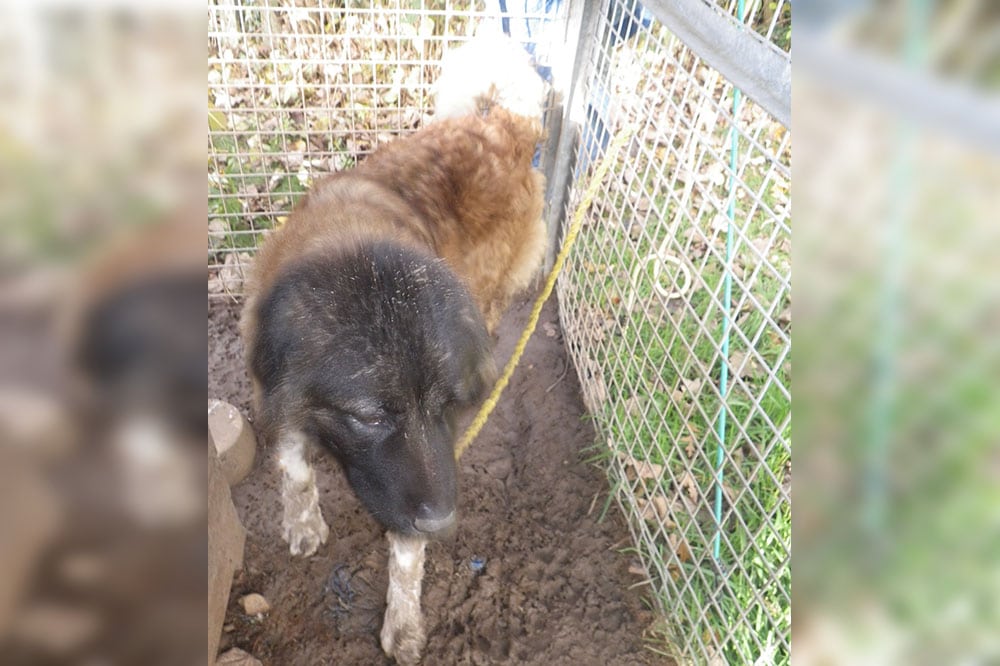 A Portadown man who kept dog tied up in its own faeces and urine, with no access to food or water, has been banned from keeping animals for five years.

Herron appeared with his solicitor and pleaded guilty to causing unnecessary suffering and failing to ensure the welfare of animals under section 4 and 9 of the Welfare of Animals Act (Northern Ireland) 2011.

On November 9, 2018, Armagh City, Banbridge and Craigavon Borough Council received a complaint regarding a large breed of dog being kept in unsanitary conditions.

It was alleged the caucasian type Shepherd dog was standing in its own faeces and urine, had no access to food
or water and was tethered on a short rope.

A Council Animal Welfare Officer subsequently visited the property and observed the Shepherd dog in a pen located in the garden area.

On seeing the filthy conditions the dog was being subjected to the officer obtained a warrant and returned on the following day accompanied by officers from the PSNI.

The dog was assessed by a veterinary surgeon who determined it should be removed due to the poor conditions it was being subjected to. The dog was later rehomed after the owner voluntarily signed it over to the Council.

On hearing the details of the case Judge Trainor remarked that the facts, in his view, were appalling, and the suffering caused was clearly not something that had happened the day before nor did the Judge accept that the defendant did not know what he was doing.

The Court took into account the defendant’s clear record and issued a total fine of £400 plus costs of £307.

The defendant was also disqualified from keeping all animals for a period of five years.

A Council spokesperson commented: “There is no excuse, under any circumstances, for acts of animal neglect such as this. We are determined to pursue those that fail to care for the welfare of animals and will continue to use all enforcement powers available to us to take action against anyone guilty of causing harm or cruelty to animals.

“We would ask if anyone that has any concerns regarding the safety or welfare of an animal to report it to the council on T: 028 3751 5800 or email animalwelfare@armaghbanbridgecraigavon.gov.uk”